Even though there has been mayhem wherever Yorkshire alt-rock star Yungblud has appeared on his current UK headline tour, nothing matches a hometown gig and, as he roars early on in his set, “I’ve waited a long fuckin’ time to say this… HELLOOOO DONCASTER!,” this one is extra special. It’s extra special too for his army of fans as well who are snaking around the sports hall waiting impatiently to get in.

Those who have made it in for the support acts are jammed up against the barrier and, as Toronto singer-songwriter, Renforshort, bounces across the stage, the sound of fans screaming “I love you” puts a massive smile on her face. Despite sound problems, the young singer is a bundle of energy as she bounces through the likes of “wannabee” and “i drive me mad.” It’s hard not to feel old listening to the singer but, as this generation’s music fans show, her alt-pop anthems are certainly hitting the spot where they need to.

But there is only one reason people are here tonight and that’s for the return of Yungblud to his hometown for a sold-out-to-fuck gig. Fans, friends, family, young, old, school friends, they’re all packed into the Dome in Doncaster, and as the lights dim, the decibel level rises to eardrum-shattering levels and Yungblud’s intro whips this crowd into an absolute frenzy… and that’s before he’s even taken to the stage.

The curtain drops, mayhem ensues with the Doncaster ball of energy standing on top of the monitors overseeing the carnage with a huge, shit-eating grin on his face. Launching into “Strawberry Lipstick,” there isn’t a single person in the room who isn’t either singing along, screaming or bouncing until their legs give way. If you’ve seen him before, you’ll already be aware that Yungblud himself is a ball of colour and energy and tonight, unsurprisingly, there is an extra zip about him as he bounces, jumps and struts around the stage like he owns the place. Here in Doncaster, that is precisely the case. 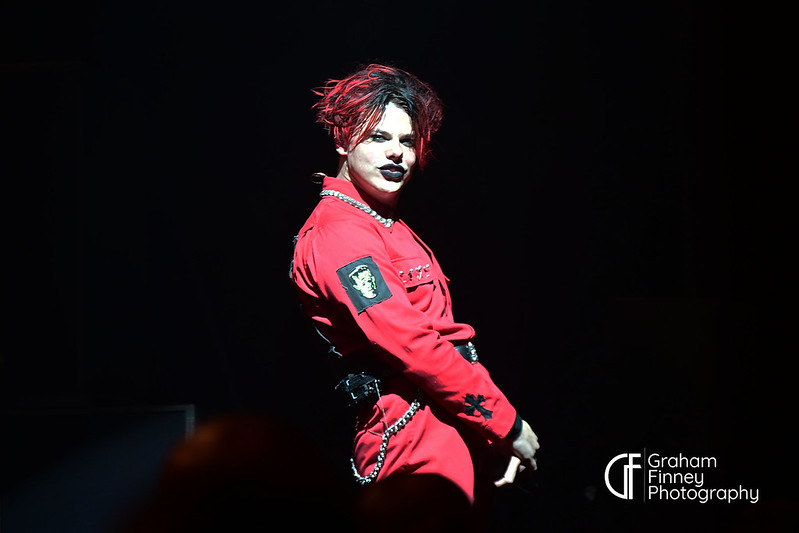 Songs like “Parents,” “mars,” and “Fleabag” are anthems for every single one of these fans. These are fans who may feel like misfits or outcasts in society but here Yungblud makes them feel like they’re the only one that matters. During “superdeadfriends” he repeatedly goads the crowd to “open up that fuckin’ pit… wider” before warning anyone who goes in it that they might die. However, barely a minute later, their Yorkshire hero stops the show to allow one injured fan to be pulled out of the crowd by security not continuing until he’s seen she’s ok.

As far as homecomings go, this one couldn’t have gone any better for the local lad. His cover of Machine Gun Kelly’s anthem “I Think I’m Okay” is one of many highlights while looking out around us to watch a sea of fans young and old, phones aloft singing back the chorus to “I Love You, Will You Marry Me,” there is no doubting that, as scenes like the ones here tonight are played out across the country, there is going to be no stopping Yungblud and his army any time soon. 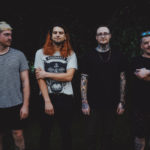 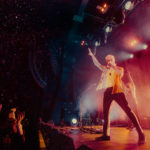