Coming from a rich and diverse musical history, Becko has been enjoying some much-deserved recognition this year, partially thanks to an endorsement from a highly influential and well-respected musician. The Italian producer, multi-instrumentalist, and singer just released his new single “Darkest Days,” produced by none other than Mike Shinoda of Linkin Park.

Earlier this year, Shinoda began a live production series on Twitch where he would choose certain tracks by random artists and put his magical spin on them. With “Darkest Days,” he started by listening to the original multitracks sent to him by Becko for which Shinoda created new piano chords, and recorded new guitar parts. The result was a very impressive song that helped Becko garner some much-deserved attention.

Becko is the solo project of Italian producer and musician Marco Calanca that unites the influences of EDM, hip-hop, industrial, and emo rock. Previously a member of post-hardcore group Hopes Die Last, Becko is happy to be doing his own thing now that he has signed a multi-album deal with FiXT, the artist-owned and operated American label founded by artist and producer Klayton (Celldweller, Circle of Dust).

With such a massive musical mind, it made tons of sense for us to recently connect with Becko for a Stereo Six session in which he offered us six songs that were instrumental in helping him craft his distinctive, unique sound.

“Bring Me The Horizon, in my opinion, are one of the best bands out there that still do amazing albums and songs. Super catchy and original. I’ve played with them with my previous band Hopes Die Last two or three times in Europe. On stage, they are so amazing, powerful, and very entertaining. I like all the songs they have, especially the last two albums because they are modifying their style over and over to try new things and change up their sound. Oli (Oliver Sykes) is an amazing lyricist, and I love when lyrics are sophisticated and intriguing. ‘Ludens’ is my definition of a great song, the structure is well arranged, and lyrics and production are perfect.”

“I was doing EDM years ago when I first came across Scarlxrd doing his metal trap stuff. I saw the ‘Heart Attack’ video and thought, ‘Ok cool, let’s go back to my roots.’ Metalcore is my first love and seeing someone doing a hybrid of metal with trap, it awakened new possibilities and my desire to scream my heart out for the second time. His style is unique and he’s the best one in the scene. I also see an ‘anime touch’ in his vision, and I’m a huge fan of anime!”

“As I’ve said previously, metal and all facets of it were my first love. I was 16 when I played live for the first time and we covered ‘One Step Closer’ at school. All my teachers and friends ran away because we sucked and the acoustics of the school gym were horrible but in that moment I realized that to do music you need to learn and work on it for hours and months to come up with something cool. I was just a kid then. But at that moment I chose my future.”

“‘Promises’ is the bond with my family, specifically with my cousin that introduced me to music. I remember during the holidays we played this song together all day every day for months. I was learning to play, I was learning to comprehend how important music would be for me in the future. Dolores O’Riordan is one of my favorite singers of all time. She was unique in everything she did. ‘Promises’ was my first promise to myself to become a musician.”

“Thrice, for me, is one of the most underrated bands out there. They need to be the new Queen, they are that talented. All their albums are very different but you always can tell that it’s Thrice! The lyrics of ‘For Miles’ are about friendship and really hit home for me. ‘And as long as we live, every scar is a bridge to someone’s broken heart (There’s no greater love, shed your blood for your friends) And there’s no greater love than that one shed his blood for his friends.’ This is so deep, so true for me and is how I see life. I also have a dope tattoo of the alchemy index cover art made by the same tattoo artist as (Thrice singer) Dustin (Kensrue). I’m bound with this band.”

“The soundtrack of Evangelion is the symbol of my love to anime and for the Japanese world! I’m very influenced by the otaku world; you could say I’m a weeb. I used to write about it in my lyrics. People are influenced by films and books, and for me it has always been anime as a major inspiration! This song reminds me of the first time I saw Evangelion in my childhood. It was a great time of my life and it helped me to grow as a person.” 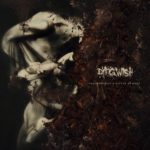 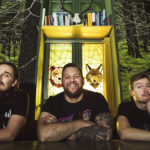