It’s difficult to listen to Fragments of a Bitter Memory, the new album from rising metallic hardcore troop Dying Wish without feeling a twinge of nostalgia. Admittedly, as the band career into “Cowards Feed, Cowards Bleed,” that twinge is also accompanied by the feeling that you’ve just been hit by a sledgehammer but there is still no ignoring the fact that, for those of us of a certain age, there is something very familiar about the onslaught Dying Wish unleash.

Led by vocalist Emma Boster, the band pay tribute to the metallic hardcore scene of the ’00s and, as you listen to Boster and the group raging like there is no tomorrow, it’s hard not to pick out the likes of Walls of Jericho and Killswitch Engage. Savage from the outset, while there is definitely a massive nod to that metalcore scene, the unrelenting sonic assault which Dying Wish unleash is absolutely breathtaking. There’s no easing you in, this is just straight for the jugular fury from the harrowing “Hollowed By Affliction” to the savage, venom-riddled “Now You’ll Rot.”

To a wall of crunching breakdowns, Boster repeatedly punches home her message as she roars “I’ll seal this message with my blood and a bullet” during “Innate Thirst” while the savage “Blood Laced Misery” sees an equally unapologetic display from the Portland vocalist. Elsewhere, “Sever The Senses” sees Boster intersperse the savagery with cleaner vocals for the emotionally charged track. However, on the flip side, songs like “Enemies In Red,” where the band is joined by Knocked Loose vocalist Bryan Garris, are just all-out fury.

With plenty to get off her chest, for all the social and political subjects Boster tackles with her scathing words, there are moments during this album where Boster takes you to a deeply personal place. The aforementioned “Sever The Senses” being one of those moments, however, it’s Boster’s gut-punching performance on “Until Mourning Comes” where you truly feel that having pushed herself to breaking point during the previous six tracks, these two and a half grief-drenched minutes see her push it just that bit further and make for one of the highlights of this record.

In the build-up to the release of this record, the metal and hardcore scene has been fizzing with excitement and Dying Wish has not disappointed with this honest, uncompromising, brutal listen. Fragments of a Bitter Memory is an album that, while unashamedly wearing its influences on its sleeve, is delivered with the kind of venom and savagery that will be welcomed with open arms by anyone looking for a band to lead the way for heavy music in years to come. 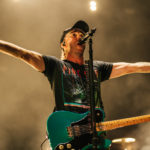 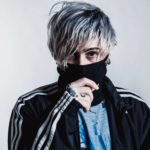 Stereo Six: Becko Shares Songs Integral to His Evolution as an Artist