Deep down we all want to be a secret agent like James Bond. With the release of the latest in the Bond series, No Time To Die, showing our love affair with the superspy has not waned, as fans pour back to cinemas across the globe.

Cinematic rock group Opensight is no different. The band, based around rock renditions of famous songs from films, have just unveiled their cover of “Thunderball,” complete with a video, for the No Time To Die release. They have a new album called Mondo Fiction which is set for release in early 2022, so we asked their singer, Ivan Amaya, to put together a list of his Top 10 Bond films

“One of the most loved entries in the series with an iconic villain displaying a huge presence and fun extravagance. Also, Oddjob with his deadly hat is the quintessential henchman. Other enjoyable bits are the really cool gadgets courtesy of Q, including the introduction of the modified Aston Martin DB5, which would become one of the best-known cars in the world thanks to its appearance in the film. GoldFinger is the perfect example of a Bond film made right. Also, the bombastic song by the powerful and hugely talented Shirley Bassey is a classic piece of music in its own right and one of the most memorable Bond themes ever.”

“As the first in the series, the iconic elements were not completely there yet, but it definitely laid down the basis. A perfect introduction of Sean Connery as Bond, beautiful locations, great chemistry between Connery and the talented Ursula Andress and a perfect 007 antagonist. However, what makes this one a favourite is the original Bond theme, which really set the tone and it has become a pop-culture staple after being used effectively throughout the years. Dr No establishes the Music as an essential part of the Bond film experience right from the start and a perfect overture for the espionage world that the films present to the audience.”

“The second in the series and a great follow-up to “Dr No”. It establishes some cool tropes that have become iconic. An interesting villain ensemble, including the typical scene with a faceless Blofeld petting his cat (and feeding it a live goldfish). There is also an island where Spectre agents are training to become effective assassins using flamethrowers, machine guns, knives and so on (it would be fun to visit one of those). Plus, a shining score by the legendary John Barry. Simply Classic!”

“George Lazenby was not received with open arms by many, but he presents a more human and vulnerable Bond character, who is allowed to do things that the audience never expected. Telly Savalas (The Dirty Dozen, Kojak) is more serious and enigmatic as a Bond antagonist, and he was in other cool films like “The Dirty Dozen”, “Kelly’s Heroes” and even some Italian Giallo Thrillers. The music in this one is superb and a high point for John Barry who is always excellent. One of the most memorable entries because it stands out as being different, even if some fans dislike it.”

“Sort of a revisionist vision of 007 and a great debut for Daniel Craig, who worked hard to deliver a James Bond that was closer to Ian Flemming’s portrayal in the novel in terms of his cold and ironic temperament. “Casino Royale” somewhat defied the regular Bond conventions to elevate the franchise to new levels of coolness. Chris Cornell’s “You Know My Name” is also refreshing while keeping the drama and vibe of the series’ sonic impact.”

“A simple plot but an enjoyable entry. The music and the look of the film is stunning which contributes a lot to the experience (Apparently it was the first Bond film with a wide aspect ratio). Adolfo Celi playing the eye-patched villain Emilio Largo was interesting, as he also was in some Italian favourites like “Diabolik”, “Live Like a Cop, Die Like a Man” and countless cool Euro Crime Flicks. Tom Jones executing the iconic title track is the final touch to make this one a true 60s Bond experience.”

“Our main villain here is Karl Stromberg, making a great entrance with his impressive underwater lair and murderous sharks. But despite being ruthless and cold-hearted it is his henchman Jaws who steals the show here. The inclusion of Barbara Bach as a KGB agent working alongside Bond is an interesting move not only in terms of chemistry but also the idea of giving competition for our main character. The Union Jack parachute is also a fun silly touch!”

“Joining the list because of its exotic power, thanks to the mix of the Gangster World with Voodoo, Tarot cards and Black Magic. “Live and Let Die” has a particular identity and more of an otherworldly feel. The villains come directly from this vibe, making an awesome and charismatic ensemble. Some of the music in the film has a fun Blacksploitation feel to it and Paul McCartney’s song has always been an iconic and timeless favourite. A great debut for Roger Moore who had the tough job of following Sean Connery.”

“A successful attempt at modernising the series, giving it more of a high-tech feel. Pierce Brosnan did a great job in his debut and “became” James Bond. Some of the industrial sounds in the musical score might have been off according to some fans but Tina Turner’s title theme is dramatic, impactful and totally Bond. “Goldeneye” also gave us Judi Dench’s debut as M and Famke Janssen’s strong femme fatale character. The iconic Nintendo 64 game of the same name was excellent and also an all-time favourite among videogame fans.”

“Timothy Dalton’s second appearance as James Bond continues the dark tone of the previous offering “The Living Daylights”, with a theme of revenge and a rawer approach to on-screen violence somewhat reminiscent of the 80s action films of that time. Fans of revenge films and 80s action would definitely enjoy this one!”

“Christopher Walken is always good, especially as a bad guy. And it was amazing having Duran Duran working alongside John Barry for an outstanding theme song.”

“An amazing production design with impressive visual effects topped with beautiful locations. Donald Pleasance as Blofeld is amazing. Plus, a beautiful theme song by Nancy Sinatra.”

“Over the top action. More than what Bond movies usually had around the time. Sheryl Crow’s theme song is enigmatic, emotional and powerful. An amazing song.”

“The theme song for “Goldfinger” is impossible to top. However, Shirley Bassey’s return is a success, displaying her talent in spades with a song that is definitely one of the top Bond tracks.”

“Aha’s title track is great. Also, the stories about them having a rocky relationship with John Barry while working on it are fascinating.” 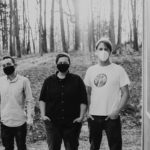 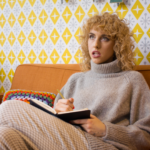