Keeping the speeding train going that has been the year 2021 for Crash Midnight, the band just released their most recent single “Blackout” on October 8th. It marks their third of four new singles this year, a blazing rock fest that will only further endear to them their hometown fans of Las Vegas. The group is becoming quite a Vegas staple actually, becoming one of the city’s most popular independent rock bands.  As a result of a partnership with the team, “Blackout” is proudly being used as a featured song during home games for the NHL’s Las Vegas Golden Knights.

Recently, the band also launched a Crash Midnight signature whiskey cocktail called “Smash Midnight Blackout,” available at Corduroy, one of the most happening bars in downtown Vegas. Add on to that a just-announced New Years’ Eve show with Quiet Riot at Fremont Country Club downtown and Crash Midnight are ready to take their hometown by storm.

With more on how the song came about, lead singer Shaun Soho offered,

“We’re really proud of how this track came out. Big thanks to our co-producer, Tristan Hardin, for all his work on this one in keeping it gritty, but still sounding huge. I was digging through some lyrics while everything was shut down here over the last year or so. I had some stuff that was inspired by our 20-something punk asses running in the streets of Boston as the band was just getting together and then we had this mean riff that seemed to just fit the sentiment of these lyrics so well, everything came together pretty easily from there.

“The song ended up taking a whole new meaning for us when the Las Vegas Strip went dark when things were at their worst out here so it kind of feels like there are a lot of element of our experiences as a band, both from back then and now. We also got the Vegas Golden Knights NHL team on board and using the song during games all this season. Can’t wait to hear this thing blaring at T-Mobile Arena.”

With a band that has their own signature drink, how could we not hook up with them for a conversation about booze? We recently spoke with Crash Midnight lead singer Shaun Soho and lead guitarist Alex Donaldson for a special edition of 190 Proof in which we discussed the wide, wonderful world of alcohol.

Alex Donaldson: “Drink every time Shaun references an alley in a song lyric.”

Shaun Soho: “Well, I’m pretty sure Bacardi 151 was the route inspiration or cause of most of our early material.”

Donaldson: “You always play with a better swing when you’re a few drinks deep.”

If you had to name your band after an alcohol/specific drink brand, what would you call yourselves? You can combine names/mix and match if you want!

Soho: “Didn’t we sort of already do that?”

Soho: “We’ve matured a bit so the current one is scotch I think.”

Donaldson: “That being said, we definitely had White Claws on our last show rider.”

Soho: “Shooting fireworks at Alex in the shower?”

Donaldson: “As the best or the worst? Pretty sure I still have hearing damage from that.”

Soho: “Swinging my mic stand wildly and clocking Alex in the eye during literally like the second song of our televised debut show in Hollywood. He sucked it up and didn’t miss a beat though. Ended up with a huge black eye by the end of the show.”

Soho: “I don’t know if it’s the best memory, but we definitely left the most scars on the poor city of Philadelphia. Not sure if the statute of limitations has run out on that one yet though.”

Donaldson: “A lot of foam, the way it’s supposed to be.”

Soho: “Some of the best are Champagnes Café and that badass rock n’ roll bar, Corduroy (who has our signature ‘Blackout’ drink on the menu). Both are right here in Vegas.”

Donaldson: “Worst is TT The Bears in Boston, but don’t worry, they’re shut down. We’ve outlasted every venue that ever banned us.”

Soho: “Guess that would include then whatever that place was just outside Boston where the alcohol commissioner got all pissed off at us for calling our tour ‘Fresh From Detox’ and then telling him to fuck off on stage.”

Soho: “Guess it’s a cautionary tale for these venues”

Soho: “Wine. We pretty much covered that already in our song ‘Another Day In Hell.’”

If you could name a drink to define your career so far, what would it be and why?

Donaldson: “Twelve-year scotch cause this success thing is taking a lot longer than expected.”

Soho: “I’m not much of a pass-out guy, but our original bass player, Bo, went out drinking one night in Boston and passed out in right field of the baseball park in the Boston Commons. He got woken up by kids shagging fly balls just before their game was about to start.”

Donaldson: “Our new bass player, Drake, seems to have made it his mission to outdo him.”

Who is the absolute shittiest drunk in the band? 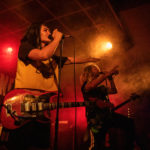 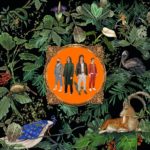