Vocalist Stephanie Adlington and guitarist Aaron Lessard have a story to tell and it’s all here to experience with their brand new A Tale of Two self-titled EP. The EP is set for release this Friday, September 17th; six songs that combine the best of Americana and blues melodies with that enduring Southern Gothic storytelling that has made the duo one of the rising stars in the American roots music scene. The EP takes you through various stories, featuring an assortment of characters that channel southern lullabies, that southern front porch blues tradition, and elements of jazz and French love songs.

It’s a different flavour of Americana that’s very relatable, especially to listeners who grew up in the more southern parts of the United States. The songs tackle themes of loyalty, love, heartbreak, and the never-ending struggle of the human condition. Impressively, the whole EP was recorded live, which really captures the grit and the moxie of this inventive duo.

With A Tale of Two arriving in only three days, Adlington and Lessard have joined us for an exclusive track-by-track rundown of all six songs on the EP, taking you behind the music, and explaining their diverse origins.

Stephanie Adlington: “‘We wrote ‘The Letter’ to capture the timeless practice of writing a love letter to someone. A written letter is such a romantic and personal form of communication. We wanted to unite the physical and mental action, ‘dancing through a cursive bend,’ ‘touching with a velvet pen.’ In retrospect, the song could resonate with people who were separated from loved ones during a year of COVID, though it was not the original intent during the writing process.”

Aaron Lessard: “‘Blood Or Wine’ is a glorified personal narrative of our story, A Tale Of Two. It’s a theme we have learned all too well during the last few years. Dealing with so much adversity in making this record, we pledged to each other that it was all or nothing.”

Adlington: “‘Ain’t Nothin But A Fool’ is our take on a southern front porch blues. After sharing our experiences about love and loss, we discovered how ridiculous it is to dwell on failed relationships. Life is too short to deal with ‘ramblin’ honey childs.’ Time to move on and ‘walk away!’”

4. “Waiting For Ever After”

Lessard: “We have a love for foreign films and French music. They go hand in hand like bourbon and hot summer days. ‘Waiting For Ever After’ is our French fairy tale waltz, but of course it must have a tragic twist like any good French film. Inspiration for this song started from an old photograph, and asks the question ‘what if?’”

Adlington: “‘Chicago Lightning’ originated as a writing exercise to create an entire song from 1920s prohibition slang. The song title is a term once used to describe gunfire between cops and ‘capones’ in Chicago. The story involves a bootlegger who refuses to abide by the law of prohibition, and understands the fatal consequences of his/her lifestyle. This is always a favourite at live shows. We need to bring back words like ‘blind pig’ and ‘ossified!’”

Lessard: “‘Stay With Me’ is the first song we ever wrote together. Influenced by an old voice memo tucked away in Stephanie’s phone, the song flirts with being a southern lullaby, detailing an honest and relatable feeling of comfort/loyalty… knowing you have someone to come home to after a long day. We love to end our live shows with this tune.” 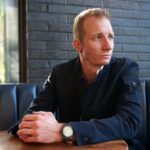 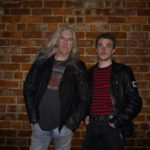