For about five years now, Young Bombs have continued to blow up with their extremely likable, interesting, and innovative remixes of songs by some of the biggest music artists in the world. Based in Vancouver, British Columbia, the duo of producers and DJs, Tristan Norton and Martin Kottmeier, have been leaving their mark on EDM and pop music, creating riveting remixes for Lady Gaga, Billie Eilish, Selena Gomez, and The Chainsmokers. For their own music, they received a Juno Award nomination this year for Breakthrough Group of the Year, off the release of their October 2020 debut EP The Young Bombs Show, which was released via Astralwerks.

Young Bombs’ latest single is the highly anticipated “Summer in Brooklyn,” which was just released on August 13th. The song is a glossy, feel-good EDM heavy song that looks back fondly on the many positive memories the duo has from spending some summers in Brooklyn. Norton and Kottmeier are perhaps the most in-demand production duo in the business right now, amassing 100 million streams just in the last four years.

In honour of “Summer in Brooklyn” and their continued ascent, Young Bombs have joined us today for a somewhat unconventional Top 10 list in which they share with us their ten favourite smells.

“An old sleeping bag: They smell like pure nostalgia. Ours still smell like Cheetos, Mountain Dew, and (the videogame) Goldeneye 007.”

“Nothing puts hair on your chest like the smell of Castrol Edge. Our chest hair doubled in a week after smelling.”

“Every rec center shower room smells like bleach. Did they all agree on this in a group chat or something?”

“The smell of enamel and gingivitis might not appeal to everyone but smell-wise, it’s our guilty pleasure.”

“Every pastry smells great actually. Even toaster strudels. Toast one of those bad boys for three minutes and douse some icing on top and you’re in odour heaven.”

“Your neighbour down the street who you’ve never spoken to before can be roasting garlic and instantly you’ll find yourself gravitating towards their front door. It’s hypnotic.”

“On Saturdays, we drive around the suburbs with the objective to find freshly cut lawn. When we do, we pull over, sniff, then move onto the next house.”

“Arctic Air: We actually prefer their scent ‘Antarctic Air’ but it was unfortunately discontinued. This hits the spot though.”

“This smell as children actually used to make us throw up. This one time we went on a road trip with our parents and for five hours we sat in the backseat playing Game Boy without looking up. The moment we stopped, the car sickness kicked in and we simultaneously projectile vomited on each other. Dad was furious. Luckily, we no longer get car sick and have grown to appreciate the new car smell.” 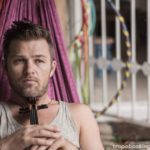 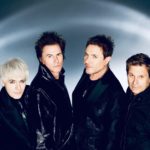