The genre of young adult fiction has expanded rapidly since the explosion of Harry Potter and grown into countless types of series, whether escapist or not. With so many ways to travel to fantastical worlds at anyone’s fingertips, what happens when that age group is challenged with something that’s a little more hard-hitting (because it’s real)?

What happens to someone when they find out someone they know, someone they grew up with, has died? What was that person really like? How many secrets do they have?

These are the types of questions the hybrid teen-drama-meets-murder-mystery novel Sarah Luger: A Murder Mystery asks while its author, Sebastian Corbasico, makes many observations along the way about the dreaded teenage years and their accompanying growing pains. The story tells the twisted tale of what happens when Altamont High star volleyball player, Sarah Luger is brutally murdered on her front doorstep in her small, but wealthy town of Fidelis, California in 1984.

The twist in this book is that it’s told out of linear order with a lot of chapters flashing back to the titular character living her life rather than being in the intro and never hearing or seeing her again after she gets murdered. The novel cleverly avoids the trap of centring the plot purely around the murder investigation and focuses much more on the victim herself by getting to know her while she was alive, rather than merely being another disposable dead teenage character that kicks off a criminal inquiry.

The question becomes why would anyone want to kill one of the most beloved and popular girls in school? What could this star athlete with a great GPA, on the fast-track to a great future, have possibly done to make someone do this? Who was she underneath it all?

By doing that, the book splits itself in half between the detectives Sariano and Harper who are haunted by the pressure of discovering who Sarah really was, along with learning about Sarah’s life as told by her friends. Sarah’s life unfolds in oral confessions to paint a unique portrait from all kinds of different vantage points. This non-linear narrative reminds us that we are each someone different to every individual in our lives. The mosaic of all those perceptions of who we are is actually what comes to form our identity.

The novel takes a really hard look at raw and real topics such as drugs, popularity, peer pressure, unrealistic beauty standards, purging to stay thin, obsessing over popularity, and forging a path to the future at such a young age. The novel trades in anything close to nostalgia and romanticism to give the story a very raw and believable edge. Rather than revelling in the delights of being a teenager, this book takes a serious look at those formative years that shape us all in an unflinching way.

Seeing that puzzle become complete as every loose story thread weaves itself together is what makes this novel stand out from a lot of other cliché or typical entries in the genre. Just like high school, everyone’s obsessed with fitting in, when in reality standing out can also have its benefits.

In the end, Sarah Luger is for anyone who wishes they could do it all over again, or wonders what their life would be like if they took the road not taken. The story really reveals the fragile and chaotic nature of life, while shining a light on how important it is to hang onto the beautiful things around us, even if they’re merely memories. 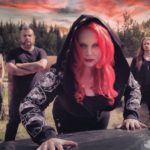 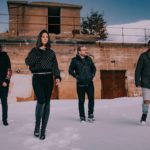