Seasoned veterans of the U.S. metal scene, the members of Nefariant joined forces in 2019 recently putting out their new EP, Fowl. It’s an EP that not only saw their video producer Frankie Nasso compare the band to goth metal legends Type O Negative, but also one that saw the group re-record having scrapped the original records. Having heard the re-recorded version, we spoke to vocalist Jason Lekberg to find out what they thought of the comparison and why they chose to re-record the EP.

Jason Lekberg: “Thank you for taking the time as well! All things considered, my year hasn’t been too bad. I’ve had dealings with the pandemic but was fortunate to not have them as badly as others. The highlight has definitely been continuing to grow with the guys in Nefariant and finally be able to release our first EP Fowl.”

So, you’ve just dropped the new EP. For people who’ve yet to give it a spin, tell us a bit about it?

“Fowl is six songs that represent both the discovery process of Nefariant as a band and also our dynamic range as musicians. I had a very specific set of bands I wanted to draw inspiration from when starting this band and as I found the right partners for it that sonic target began to shift. That’s an exciting journey and I’m happier with this band and music than I’ve ever been in my career. The songs are heavy, yet melodic and we’ve worked hard to mesh our disparate styles into something new.”

I believe during the COVID lockdown you redid the EP. What was the thought process behind doing that? Was the EP ready to go pre-lockdown? What was it that you wanted to change?

“When we originally had the first three songs mixed we were still discovering what the band was. We provided a list of bands we wanted it to sound like and it resulted in us trying to force something that wasn’t right. We released the songs just before the pandemic hit and we felt that trying to break a new band during it was a bad idea. It gave us the room to step back and say ‘let’s rethink this.’ We were fortunate enough to have Ulrich Wild be willing to remix the original 3 and mix 3 more we were finishing tracking.

We sent him the same set of influences and when he sent the first mix back he said, ‘I ignored your notes and mixed this the way the sounds led me.’ He was totally right. As soon as we heard the new mix we understood better who we are. I know I was trying to sound more northern European than we really are and the clarity he provided brought it all into focus. We are who we are, and for better or worse we just have to be that. He honed in on the more American aggression that is innate to several of us but still retained the darkness and elegance others were bringing to the table. The end result is something I didn’t think I wanted on paper, but am very happy with now.”

You also did a video with Frankie Nasso who is quoted as saying he hasn’t heard a band as elegant as you since he heard Type O Negative. How do you feel about a compliment like that?

“Frankie’s quote is an honour. The fact that he not only hears the influence but feels that we’re even minimally reflecting it is very encouraging. Frankie is in my opinion the best video director in the industry so even working with him is exhilarating. Having him dig your music is even better. He and I had a lot of discussion about what we were going to do with the video for ‘Life On Fire’ and being a young band with a limited budget it was key to be able to work with him, and Wombatfire who edited the video, was a dream. They helped us craft the perfect brand definition.”

In terms of inspiration, is a band like Type O Negative an artist who has had a big influence on you?

“Massive. They are my favourite band of all time. They define the intersection of heavy and beautiful, or as we like to target elegant and brutal. Most bands have one good song if they’re lucky. Type O wrote hit after hit. I can maybe name three to four other bands who had a more clear, definable vision and brand. They are impossible to follow or imitate and influence me to an unhealthy degree. The other initial target bands for me were Evergrey, Insomium, and Gojira. The other guys have brought in many other influences as well, but there are few artists who have a bigger influence on me than Type O.”

Going back to re-working the EP, did the freedom of lockdown give you more space to explore your sound and, having done that, where do you see the music growing in the future?

“Lockdown was quite a journey for us. Several members of the band, myself included, weren’t recording at home prior to lockdown. Learning that was not easy, and I really can just barely get by. It took a lot to get to the place where we could even effectively share ideas remotely. The ability to step back and take time with the music was huge though. My whole career it’s always been, write songs, record them immediately, release them immediately. Being able to walk away from them and then come back weeks later helped me hear with different ears.

That combined with Ulrich’s mixes (and Paul Logus’ mastering) helped us understand who we are and it’s provided much more focus when writing. While writing Fowl it often felt like the parts were chasing each other. Meaning, the song would start with one core riff or melody and everything would be written to that. Now that we understand our sound more we are writing together and the parts are more complimentary. What we’ve done thus far is a further development, refining, of this current sound. I’m very happy with the sound so the goal is to make it better, and write better songs within it.”

Now the EP is out, what are your plans for new music? While you were reworking the EP, have you been writing new music?

“We have been writing a bunch. We’d like to put out three digital EPs over the coming few years and then follow them with a physical piece that ties them all together. We’re most of the way done writing the second EP now and hopefully, we’ll be able to record it later this summer. It’s been great to be able to really work these songs and find what does and doesn’t fit. During the past year, I think we’ve written both our best and worst, music. The worst stuff won’t make it out the door of course.”

In terms of other plans, you have a couple of shows lined up. What other touring plans do you have?

“We are so excited about playing live. We played our debut show on February 28th in Brooklyn and then one in Jersey on March 13th 2020, the day before the U.S. shut down. Our third show ever, June 12th in Brooklyn, just sold out. It’s an amazing feeling to be a month out from the show and have it already sold out. Big thanks to the other bands on the bill (Solemn Vision, Fellahin Fall, Lies Beneath, and Final Siege) and the promoter (Kingsland Presents) for their help in that.

We’re also supporting our old friends Byzantine on August 21st at Arrogant Swine in Brooklyn and have just booked a show at another Brooklyn venue for the fall. We’ll announce that in a while. Nearly all the guys in the band have spent a good bit of time touring but we’re very focused on building a base in New York City before we spread out too far. This is our home and we need to prove that people like what we’re doing before we climb back in the Vanimal and hit the road.”

The EP is your debut EP. What have you learned from the experience and, given that you reworked the original material, what will you do differently going forward?

“First and foremost, we won’t mix the second EP twice! (laughs) We record all of our music with Ryan Kelly who we’ve known for years and I think these experiences just remind you to trust your team. We have a KILLER team around us and though it’s often hard, sometimes we have to stop, listen and trust. Hopefully, we won’t have too many blind spots now that we have better focus but you never know.”

Life looks like it is returning to normal in the coming months. What has life been like in New York and what are you most looking forward to from the “new normal?”

“I have a lot of thoughts about this. I can say for sure that I’ll be happy to have masks be a more regular part of life moving forward. In Eastern countries they are commonplace. If you feel sick, you wear one out of respect for your neighbours and coworkers. I believe I’ll be doing the same. Those first few months here truly felt like the end of the world. When everyone is locked down it makes it really obvious how often an ambulance goes by, and that was very often. In general, here it’s been encouraging though. Most people are respectful and kind. Most people are happy to let each person live their own experience.

What I’m looking forward to most though is not having to be so conscious of these things. I want to know that I’m vaccinated and safe to myself and others so that I can only wear a mask when I want to, or when it’s courteous to someone’s business. I want to see our clubs and live entertainment come back because art is essential to humanity. I’m hoping that we have learned a little more respect for each other. Hoping…”

How would you sum up the last 15 months for Nefariant? What have you learned from it as a band?

“Growth and clarity. We understand who we are and we are all laser-focused on it. If nothing else, this will help us communicate better internally, and externally. We are situationally aware now. We spent those months in the woodshed preparing and now we’re ready to take on the world. Our brand is a bit more elevated than our past projects and we’re excited to share it with the public.”

Thanks again and good luck for the rest of the year. Over to you finish this off…

“Thank you so much for giving us your time and for your thoughtful questions. Hopefully, we’ll get to come to see you in person soon. And remember, always tip bartenders very well. That way, when you have to kick some dudes ass, they’ll take your side.” 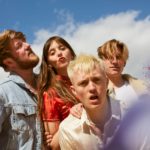 Khartoum Unveil New Single “Took It All Away” 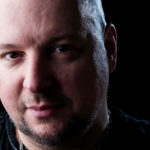