You better put those shades on and change into that tank top and beach shorts, because it’s about to get blindingly bright! That’s all thanks to singer and songwriter Mark Tiarra’s brand-new music video for “Livin’ Our Cali Dream,” an upbeat song that harkens back to the days of ‘80s hard rock. You can hear it specifically in Tiarra’s guitar playing, with grooves that sound more like guitar wails than guitar riffs.

As an artist, Tiarra makes sure to not take himself too seriously, and that is never more evident than on this track, a song designed to make you feel all of those positive summer vibes that only come out when the sky is clear, the sun is blistering, and the women are even hotter. You’ll see some of those women in the accompanying music video, which offers you an alluring look at the California lifestyle, where a beautiful day, a dedicated group of friends, and rock n’ roll take precedent over the concrete jungle any day.

Commenting on his new single, Tiarra said, “Sometimes we just need a song that makes us smile. ‘Livin’ Our Cali Dream’ is a fun, musical romp in the sun that’s driven by a feel-good vocal and some guitars that are as gnarly as the Cali waves.”

In the time off the road, Tiarra has used his time wisely, writing, recording, and developing an impressive online presence. He has become well known for his YouTube channel Music With Marky, a guitar-focused education channel that’s already racked up over half a million views. Tiarra is a veteran of this rock n’ roll scene, a man who was a notorious figure of the underground New Jersey scene as far back as the 1980s. After a hiatus that lasted many years, Tiarra regrouped and rediscovered his love of rock n’ roll, which led to the formation of his band Answer Infinity around 2010. He is a full-fledged guitar aficionado, with his love for the instrument growing as the years fly by.

It feels like it’s about the right time for some music to feel good to. If you’re okay with that, then Mark Tiarra is more than down to give you a heavy serving of positivity. 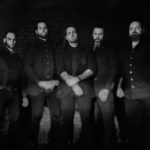 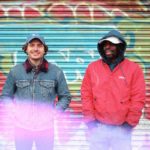