Music is, arguably, the ultimate form of expression, especially when it comes to overcoming life trauma, problematic upbringings, or anything for that matter. Some use it as an expressive portal to project their anger, frustration, or misery outwards and create something equally jarring and abrasive (audibly, these are positive qualities); others use it to paint a picture none could create with a brush.

On the former, Margaret Chardiet of Pharmakon fame is a prime example and through her discography, somewhat of an expert. Her 2014 record, Bestial Burden, explored the terror and dissociative period which accompanied emergency surgery, powerfully projected in its popular track “Body Betrays Itself.” This mode of expression has witnessed an uprising from creative,  powerful women in recent years, with some of the biggest figures to rise being Pharmakon, Chelsea Wolfe, and the subject of this review, King Woman.

King Woman is the project of Kris Esfandiari, who has performed under the monikers Dalmation and Miserable, and has collaborated with Darcy Baylis to create the electronic-oriented project Sugar High. Previous efforts from Esfandiari in King Woman format have been plagued with themes of struggle with, and ultimately rebellion against obstacles hurled in her direction. With Celestial Blues, there lies within a slither of triumph, redemption, and grace to her song-writing which demonstrates a cerebral overcoming from these plagues.

As Celestial Blues opens, Esfandiari’s evolution as a songwriter is clear. The hypnotic whisper of its title track precedes a dramatic explosion of doom-influenced murkiness which is reflected in the lyrical content:

“Looking for a home, oh it just doesn’t exist / Festering wound, you know I could never fix”

The melancholic melody betwixt stomping, down-tuned doom riffs from Peter Arensdorf conjure an alluring atmosphere that is equally haunting and captivating. Reliable drum patterns from Joseph Raygoza in the midsection of the title track allow such atmospheres to shine and build tension, reflecting the progression King Woman has undertaken over the years. This is amplified further in “Boghz,” with its damning bassline penetrating through the entirety of the track alongside Esfandiari’s more explosive, raspy vocals, which project anger at a love that caused pain.

Not only has King Woman’s music evolved, but it has also become a transcendental beacon for redemption through the forms mentioned in the introductory paragraph to this review. Painting entrancing soundscapes through the mire of doom, with a hefty sprinkle of shoegaze, floaty atmospheric sections, and an expert hand in the craft of storytelling allows for listeners new and old to appreciate Celestial Blues. The redemption, however, is more powerfully felt during the crushing sections of King Woman’s work. Noteworthy tracks of this calibre include “Boghz” and the energetic “Coil.”

On the latter, Raygoza’s drumming shines and crafts a less claustrophobic, more varied soundscape compared to previous tracks on the record. It also provides a significant amount of pace and variance to the record, as doom of this calibre is easy to allow to sink into repetition. This, however, is not an issue on Celestial Blues, as the record also opens and welcomes those who have yet to dip their toes into the water of doom or metal in general. The clean backing vocals of “Coil,” the gentle shoegaze-d plucks, riffs in “Entwined,” and the mesmerizing pulse of “Paradise Lost” are examples of gateway instrumentals that would entice those to whom metal is still relatively alien.

What King Woman has become is a cornerstone of doom’s new-wave evolution. Like how Chelsea Wolfe’s releases Abyss and Hiss Spun – and Pharmakon’s Bestial Burden, to a degree – shook the walls of doom’s box upon their arrival, Celestial Blues follows this train of introspective, elegantly written doom metal which opens the communication with the non-metal world. Utilizing the conflicting moments of her charismatic Christian upbringing, near-death experiences, and her navigation through these times using biblical lore as portals to do such envelops the listener in a depth of references and introspection which warrants multiple listens to grasp and appreciate. Warm and inviting in some parts, equally cold and crushing in others, Celestial Blues is a journey of poetic and grandiose proportions you do not want to miss. 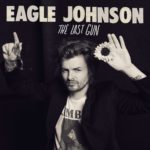