We’re more than happy to be bringing you some hell today, with the latest music video for Hell & Hollar’s recent single, “Siberian Hunter.” Featuring snow, forestry, tall trees, and, of course, wolves, the animated clip is likely fairly well-aligned with what you think Siberia is actually like. It’s man against nature in this video, where survival is the only thing that matters.

The video’s animation is quite unique; developed, written, and produced by the band’s own lead singer and guitarist Blake Burns. Featuring thick, massive guitar licks, this song is a classic riff-rocker, with a real vintage British metal vibe to it. A true visionary artist, Burns sees a song for more than just the way it sounds, as evidenced by this impressive new production.

Explaining the developmental process of the song and video, Burns tells us, “‘Siberian Hunter’ came together very organically. (Bassist) Johnny Dusko composed the music years before joining Hell & Hollar, he had even named it already. When he showed it to us we knew straight away that it was meant to be an H&H song. Johnny asked me if I wanted to rename it based on whatever I would write lyrically. But instead, the challenge of writing to the already placed idea was more interesting.

“Over time the song came together the more we played it. Each of us finding how to fill our own sonic space and blend it all into what this song has become. We recorded this one ourselves in our own studio spaces and then it was mixed by Ian Pattison who is also one of the guitars on the track. Then we were very lucky to bring Maor Applebaum on board to master the track of which he did a great job.

“The process of taking on an animated video project was also a welcomed challenge. Joining with our now newest member on guitar Adam Sheets and his vast talents that include art. As well as Laz Martino to take care of the animation. This process took some time as it was Adam and our first animated project. What we were able to produce makes us very proud and we are extremely excited to share it with the world.”

An absolute musical force, Hell & Hollar formed a few years ago in South Florida. Since then, they have worked tirelessly on developing their own brand of furious modern rock that’s heavily influenced by many of the standout stoner rock bands that began to develop in Southern California through the late 1980s and 1990s. They take that desert rock aggression and insert in some thoughtful melodies that will take you on a sonic trip like no other.

The band shows a real willingness to broaden and develop their sound while staying true to their musical roots. It’s that musical enthusiasm that helps make Hell & Hollar a rock n’ roll brigade ready to do battle at any time. 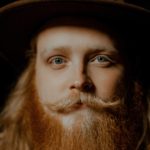 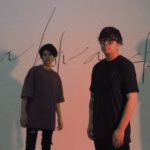