Nigerian Afrofusion artist VUNG released his pop/R&B album SINCERE on June 4. The project is inspired by VUNG’s breakup with an ex – “I speak on my journey as an artist and the trials and benefits that come along with it as well as the love I had for my ex and how life is now without her,” says the rising artist.

Centered around love, heartbreak, and life’s ever-changing journeys, SINCERE is relatable for listeners of all backgrounds. With the album, listeners get a diverse array of vibes that are simultaneously complimentary of each other. Tracks like “GO ROUND” urge for dancing while “SINCERELY YOURS” shows off VUNG’s romantic side.

VUNG started writing music at the age of 8, beginning with hip-hop then venturing into other genres. He worked tirelessly to develop a sound that felt authentic to who he wanted to be as an artist. “I was going through a lot and couldn’t really find any song that could express how I was feeling at the time, so I was like I’ll create what I want to hear personally and that was how I came about my sound,” says VUNG.

Mixing pop and R&B, VUNG has found confidence in his music and his uniqueness. In the early days, he was apprehensive about where his sound would fit in between genres, but he felt there was an audience waiting for it. After his first releases were well-received beyond expectations, VUNG knew he couldn’t stop. He pulls influences from artists like Drake, Wizkid, and Saint Jhn – all majorly impactful artists in the hip-hop/R&B world. SINCERE demonstrates the work that VUNG has invested into himself as a person and artist. He is also releasing a music video for his latest single “SOLO” from the album to accompany the project. 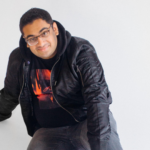 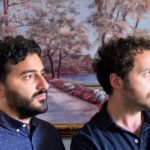