“Maybe we should just be friends.” There are a lot of shared experiences that stretch across nations and cultures, and it’s a near certainty that a vast majority of the world’s people have been told those aforementioned, heartbreaking six words at one time or another. This dreaded sentence is at issue today with the premiere of Wild Americans’ brand new single “Friends,” the first taste of new music to come from their new album One-Dimensional Man, set for release on August 13th.

We’ve all been there, wishing and wanting it to be able to work with that particular person, even though we know it can’t, and Wild Americans are reflecting on those painful moments, that ultimately become useful life lessons. The song reflects on that growth process that occurs when two people realize they’re incompatible, and acknowledge that it’s time to go their separate ways. “Friends” is a perfect example of the droll, kind of whimsical approach for which Wild Americans are becoming known.

Explaining the structure of the song, and how the instrumentation reflects its mood, percussionist/vocalist Mike Neglia and guitarist/vocalist Andrew Milea explained, “‘Friends’ takes the listener through the ups and downs of a doomed relationship, destined for failure in spite of relentless hope. Maybe we should just be friends instead. The beauty of the chorus represents the rose-colored glasses that we sometimes put on while taking a nostalgia-laden trip down memory lane to your last, worst relationship. The optimism of an upbeat piano part and groovy riffs pull you in one direction, while pretty harmonies and an epic chorus drag you in the other. Listen in to experience the intense feelings of the whirlwind romance, where you’re getting taken for a ride, you know all too well, but enjoy just the same.”

Neglia, who also doubles as a high school music teacher, and Milea have been working together as Wild Americans since 2015 when they felt the need to create an outlet to focus on developing their writing and production skills. They had originally met in college while studying music. The two take great pride in the production aspect of their music, with One-Dimensional Man completely self-produced and recorded in their home studio throughout a good part of last year.

Along with “Friends,” the album is composed of songs that conjure up a nostalgic atmosphere of the charm and catchiness of early rock n’ roll, a time when it was a genre more intertwined with light pop music. The Beatles are obviously a very big influence on the twosome, along with some of the more eccentric modern alternative acts like Cage The Elephant and Tame Impala. There’s a lot of excitement currently surrounding Wild Americans and it’s no wonder. Expect them to be one of the major players in this indie game from here on out. 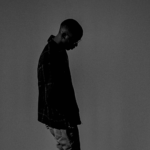 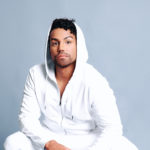