South Florida siblings Anastasia Haunt and Maxamillion Haunt, front The Haunt, one of the hotly-tipped artists to watch in 2021, just dropped their genre-bending new EP, Social Intercourse. With that said, we spoke to one half of the pair, Maxamillion, to find out more about the band, their new EP, and, the pros and cons of being in a band with your sibling.

Maxamillion Haunt: “The world is starting to go back to normal again, so honestly, really good! Thank you for taking the time to talk with us again.”

So, who are The Haunt? Want to introduce yourselves to our readers?

“The Haunt is a sibling-fronted band from South Florida made up of Anastasia Haunt (lead singer), Maxamillion Haunt (guitarist, singer, and producer), Nick Lewert (drummer and producer), and Nat Smallish (bassist).”

And you’ve just dropped your awesome Social Intercourse EP. For anyone who hasn’t heard it yet, what can they expect from it?

“Yeah, we’re super stoked about the release. Social Intercourse is an alternative rock/pop album with influences from industrial and electronic music. It’s a genre-bending, futuristic EP that takes a ton of unexpected twists and turns. We really think it has something for everybody.”

Has the title been inspired by the situation caused by the pandemic and people’s forced lack of social interaction?

““In order to engage in social intercourse, one must consider the other individual to be significant. This situation can be expressed through shared music, laughter, or deep and meaningful conversation.

On that subject, how have you kept your own relationships and friendships together during these times apart?

“In all honesty, we keep a really tight-knit group of friends. We do our best to keep our circle small, so when the pandemic hit and we were not allowed to gather in groups of ten or more, it didn’t affect us too much. We just hung out further away… and being outside in the summer in Florida all the time isn’t the most fun. But in all honesty, we’re really grateful for how well we were able to keep our social lives in-tact.”

When life returns to whatever the new normal is, what is the one thing that you have most missed?

“The number one thing everyone in the band has been missing is performing live. We can’t wait to go on tour and play shows. And after this hell of a year or two, we know that the energy at concerts is going to be insane. We seriously can’t wait for that.”

Can you talk about some of the other themes on the EP? They seem to have quite personal lyrics. Is this the case?

“Yeah, Anastasia and I wrote all the lyrics for this record so they’re very personal to us. Every song is about some type of social interaction. They highlight the highs and lows of our social lives. Some of it’s about the best times of our lives, and some of it… not so much.”

And can you tell us how the writing process works between you all?

“Honestly, it’s totally different from song to song. Some songs Anastasia will write the lyrics and melody, and then I’ll take her song, which usually starts as a ballad, and transform it into a different genre or vibe. Sometimes, I’ll write the lyrics and melody, and she’ll come in and help make the melody more unique. It’s definitely not a set process.”

Obviously, Anastasia and Max are brother/sister. How did you end up creating a band together?

“When Anastasia was younger, and she figured out that she could sing, she started playing at some open-mics in the area. She would make me sit on the stage with her… I wasn’t playing anything, just sitting there. I think it was for moral support or something (laughs)? Either way, eventually I decided that I should start playing an instrument on stage with her. That’s really it, that’s how it all started.”

Do you remember the bands that changed your life? Did you share a common love of the same bands growing up or did you hate each other’s music tastes?

“We never hated each other’s music tastes, but our tastes were definitely different from each other’s for the most part. She grew up listening to a lot of old blues, Billie Holiday, Nina Simone, Ella Fitzgerald, and even some more modern stuff like Amy Winehouse. I always listened to a lot of rock music, everything from Green Day, to Red Hot Chili Peppers, to The Beatles, whatever I was feeling. We overlapped taste on some really important music that helped shape the band, like The White Stripes, Jack White, The Black Keys, Cage the Elephant and more.”

Going back to the subject of social intercourse, do you think the use of social media has been a good or bad thing for people during the last twelve months?

“That’s a loaded question… both? I think it’s been a really useful tool for spreading awareness, but it’s also been a really negative influence. We all realized the hard way how easy it is to spread misinformation. I don’t really know how else to describe it besides that it is a necessary evil. For us, it’s been amazing, though. It let us stay in touch with our fans through a time period where we couldn’t see them at all. It was super important for us. We’re super grateful for that.”

And looking to the future, what are your plans now that life looks like it could be returning back to normal?

“We’re praying with our fingers crossed that we’re going to be able to tour again at some point of the next twelve months. We’ve started booking some limited-attendance shows… We’ll see. We’re also super excited because we have new music on the way that we can’t wait for everyone to hear. This next year is going to be fun!”

Thanks again for your time. Over to you to wrap things up…

“Thank you so much for having us! Be sure to follow us on social media @WeAreTheHaunt. Can’t wait to talk to you guys again.” 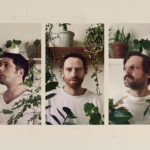 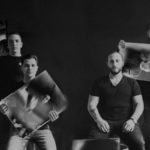