Other than Slipknot, there probably isn’t a band more suited to performing a gig in the grounds of an actual asylum than Pennsylvania gothic/metalcore quintet Motionless In White. Which is exactly what happened on June 9th, when the band performed an hour-long set at the disturbing (and rumoured-to-be-haunted) grounds of Pennhurst Asylum.

The long-since-closed asylum provided the band with the perfect backdrop for the “Deadstream,” and one that a clearly emotional frontman Chris Motionless, stated on numerous occasions throughout the set, was a “fucking dream come true.” Bathed in purple light on an almost arena-standard set-up, the musicians tore through a fifteen-song career-spanning set. Opening with “Disguise” and “Reincarnate,” the group were showing no signs of stage-rust as they made an emotional return to the wood. Early on in their set, the second “Deadstream” Motionless In White have held, frontman Chris Motionless made a passionate speech about the impact of the last twelve months on the band, the industry and the world. An emotional moment and one that, as live events start to return, we’re seeing more and more of from acts that are finally getting back to doing what they love.

“Contemptress” was dedicated to In This Moment vocalist Maria Brink, while their surprising cover of The Killers smash hit “Somebody Told Me,” was one they admitted was a risky move but couldn’t wait to play live to fans. Elsewhere, “Catharsis” felt exactly like the perfect song for this event, while a huge “Another Life” and an equally gargantuan “Eternally Yours” brought this haunting, epic live show to a fantastic conclusion.

Next year the band hit the road with Beartooth so, make sure you get down to one of the below venues nice and early for what, on this evidence, is going to be an absolute spectacle. 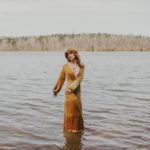