We’re encouraging you to take up our offer on this free song download of the single “Waste of Life” by desolat, but we’re warning you ahead of time, walls may shake and paint might crack. The band is on an absolute murderous rampage on this song, one of the five found on their latest record, Songs of Love in the Age of Anarchy, brutalizing your ears with some of the most death defying riffs and breakdowns you’ll hear.

Featuring an absolutely monstrous sound, the band plays a brand of sludge metal that is perhaps more riff-heavy than one would expect. Along with sludge, their sound is a combination of noise rock, crust, and death metal, for those who are devotees of Unsane, Neurosis, Entombed, Iron Monkey, or Discharge.

Stationed in Vienna, Austria, desolat has been planning its heavy metal conquest now since 2018, when the band formed out of the dissolution of CYRUSS. Forming in 2004, CYRUSS had a solid five-year run, led by guitarist Alfred Wihalm. Wihalm began to get active again in 2017, with desolat forming the following year as a successor band to CYRUSS.

desolat’s debut EP, Shareholder of Shit, was issued in 2019, followed by Songs of Love in the Age of Anarchy, five songs of heavy metal glory, released on Bloodshed666 Records. He may have been gone a while, but Wihalm and his cohorts have been on an absolute tear for the better part of two years. You’ll be happy to know they have no thoughts of letting up any time soon. 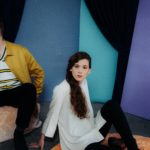 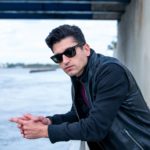