When Max Cavalera appeared on the scene back in the late ’80s he was all bullet-belts, hi-top trainers and grubby, dirty death metal. Since then, his career has had some amazing highs and some heartbreaking lows, all of them well documented but all of which the heavy music icon has channelled into a slew of brutal projects. The latest of these projects, Go Ahead And Die, sees Cavalera team up with his son Igor Amadeus Cavalera and Black Curse drummer Zach Coleman to create music that is about as ugly as it gets.

They make no apologies for it either – with the name literally translated from the Japanese for “fuck you,” their self-titled debut, is the sound of a father and son bonding over a buffet of shit horror movies and dirty old-school death metal albums. Punk in attitude, Go Ahead And Die is a middle finger to, well, everybody who steps into its line of fire. So grubby you just want to give it a damn good wash, tracks like “Truckload of Bodies” are as vile as they sound.

Not concerned one bit with being technical or clean, Cavalera describes the album as being full of “caveman riffs” and he isn’t wrong. “Isolated Desolated” and “Punisher” sound like the Cavalera’s have dragged them up from the sewers. The latter being a five-and-a-half-minute jaunt through some disgusting piss-soaked crossover thrash/death metal while the title track is a proper old school banger, one of many on this album, and, if you’re of a certain age, will take you back to the days of scribbling indecipherable logos into your school books of bands that made your parents despair.

Clearly sharing some of his dad’s creative streak, Igor (as is drummer Coleman) is the driving force behind this scum-drenched effort. As well as writing Stephen King-style horror, Cavalera Jnr brought the idea to the table and, complete with the Black Curse drummer, these three minds joined forces to create some utterly disgusting music. With lyrics as in-your-face and unapologetic as the music, Go Ahead And Die is a truly horrible piece of work. It’s raw, unpolished, dirty but that matters not one bit because, when you hear the three-piece throw themselves into the chaotic “Worth Less Than Piss,” you can’t help but feel a pang of jealousy when you think how cool this Dad and Son summer vacation was.

Go Ahead And Die Track Listing: 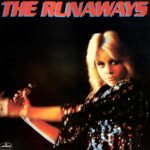 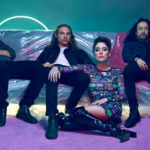