Some are using all of this at home time unwisely, like getting fat, watching too much TV, or just plain doing nothing. Others, however, are using their time very wisely, like singer and songwriter Kulick, who has just released his new music video for “Crawling” as part of his Live: At Home Sessions. Kulick began doing these special at-home performance videos earlier this year, with “Crawling” the third to come in the series. The stripped-down versions come as part of Kulick’s recently released acoustic EP, Sitting in a Quiet Coffeehouse, which dropped on April 30th via Enci Records.

“Crawling” originally appeared on his 2020 album, Yelling in a Quiet Neighborhood, Kulick’s breakthrough release. Hailing from the tiny township of West Penn, Pennsylvania, Kulick, aka Jacob Kulick has toured with bands like Sleeping With Sirens, The Rocket Summer, Andy Black, and The Faim.

Commenting on the video, Jacob shared, “‘Crawling’ is one of the most fun songs we played live on tour, and I really miss playing it! Filming this live version made me remember all of those good nights, and I can’t wait to get back to playing it again in venues!”

Sitting in a Quiet Coffeehouse features five stripped-down versions of songs that appeared on Yelling in a Quiet Neighborhood. Kulick has always had a particular fondness of songs done acoustically, which made this a natural project for him to pursue. As the title of the EP intimates, the goal was to give these songs more of a coffeehouse feel, with the recording process taking him back to the days when he was first learning how to play the acoustic guitar.

There’s a certain emotion that comes with acoustic songs that you just can’t quite capture all the time with elaborate studio productions. Taking away all of the studio bells and whistles made Kulick realize that there was a whole other side to these songs, one that was more sombre and pensive. If there’s one thing for sure it’s that Sitting in a Quiet Coffeehouse has revealed a more chilled-out side to Kulick, one that’s full of realness and authenticity. 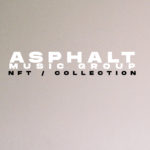 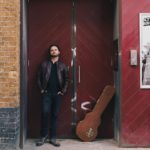