When you think of Little Rock, Arkansas, the first thought that pops into your mind is probably cowboy hats and country music. The last thing that comes to mind is probably electronic music, but then again, Yuni Wa has always been one to buck convention. A prolific songwriter, Wa is back with his latest song “The Other Side Of Existence,” which was officially released last month, and which we’re now thrilled to exclusively offer as a free MP3 download. It follows up the February release of “Satellite,” “These Are The Ends,” as well as a number of other recent offerings, including his early 2020 full-length, Allegory.

According to Wa, “‘The Other Side Of Existence’ is about loss and grief. The song is just as intense as going through the emotion itself.”

Tireless in his approach, Wa is always busy creating. As he puts it himself, he is an artist determined to create “a whole new whirlpool of sounds,” and bring something new to electronic music. Take Allegory for example… Written and recorded in Little Rock, Wa was inspired by film scores and how they make you feel while experiencing the movie. His intention was to turn electronic sounds into abstract soundscapes, rather than that robotic style that the genre has typically been associated with.

Lately, Wa has been working on a whole new project titled Context 4. Being from Arkansas, it’s been a bit more of a challenge for him to establish himself within his genre, but he’s now started to gain the recognition and accolades he deserves with his recent works. Hailing from a place that’s not typically known for electronic music has only further emboldened Wa to stand out from the crowd. It’s kept him creative and hungry to prove himself as an artist who well belongs right beside the heavy hitters of his genre. 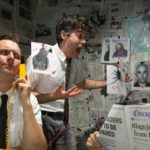 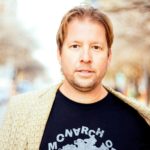