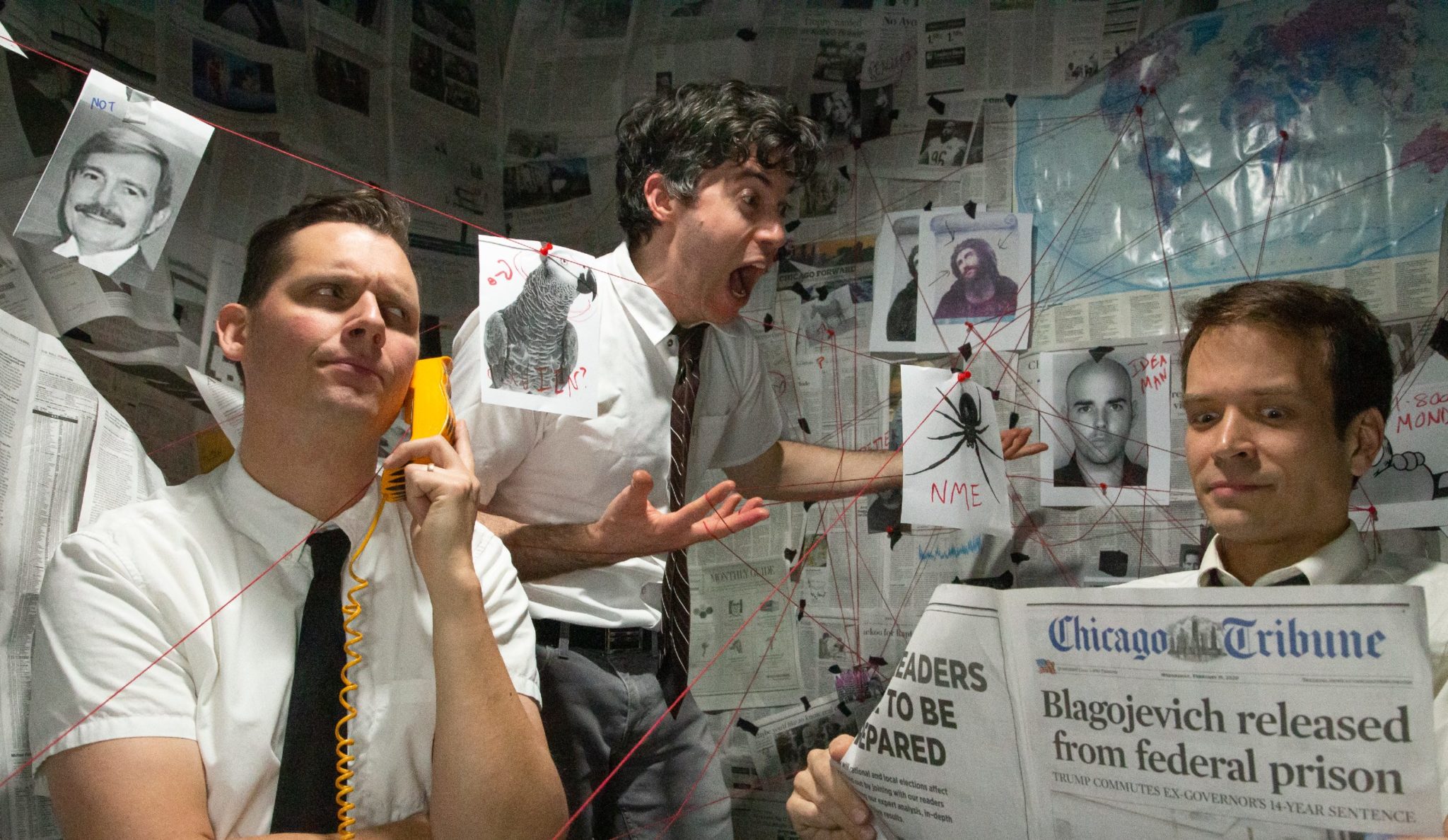 Meet Paper Mice, a puzzling, prog-punk three-piece hailing from Chicago. Influenced by a mind-bending musical buffet consisting of The Beach Boys, The Residents, Abba, The Talking Heads, Nomeansno, This Heat, and Susana Baca, the band formed in 2008 with the current line-up, a regular fixture on their local DIY circuit, performing together since 2013.

Described as a ”high-wire stop-start mess of rhythmic tics and awkward face plants” for dance-soaked warehouse hounds, the prog-punk nutjobs are pinballing into 2021 with their new album, 1-800-Mondays, which will be released digitally as well as on vinyl through Three One G Records on May 7th, 2021.

Ahead of the release of the album, the band are premiering their awesome new single, “A Regular Guy” right here. It’s a prog-punk cracker but we’ll leave it to the band to explain the story behind the song. ““A Regular Guy,” tells the story of the serial pooper who, over several weeks, repeatedly defiled both track and field at a New Jersey high school. Exasperated, authorities set up a camera in hopes of identifying the poop-etrator, only to discover it was none other than the superintendent of a nearby school district.”

1-800-Mondays follows in this quirky tradition, with every song being about weird and ridiculous true stories from the news, in particular, this album often focuses on fire (mainly, people setting things on fire accidentally/on purpose). Though the LP has been in the works for almost a decade now due to various roadblocks, surely, the timing is apt for this ode to the absurd.