You better watch out for The Casual Sexists, because they’re about to run amuck with their brand new album, Your Prescription Is Ready. Due out on May 7th, the British/American duo are preparing us for what to expect on that date, with a free high-quality MP3 download of their latest single “Fresh Legs.” This is a quintessential, classic, clubhouse hit, reminiscent of the beat-heavy British synth-pop of the 1980s that’s an examination of dancefloor behaviours.

With clubs slowly beginning to welcome patrons in again, it also means that the freedom of self-expression in such environments is again fair gamed. This also means that the freedom to invade personal space is back on and in their latest single, the duo has created a playful, electro-punk anthem for clubgoers who just want to dance without all the physical invasion of personal privacy.

Explaining the context behind the new single, The Casual Sexists said, “‘Fresh Legs’ is a paean to the freedom of expression on the dancefloor, and to the ham-fisted suitors who often try to shatter that experience. It was written in late 2019, and little did we know how poignant it would become a few short months later, as dancefloors worldwide fell silent. As the world cautiously opens its doors in 2021, hopefully, we’ll be able to enjoy the dancefloor, with all of its glorious social pitfalls, again before long.”

Now situated in Brooklyn, the duo consists of married couple Varrick and Ed Zed. They first got together while living in London, before traversing the Atlantic where they decided on New York City as their home. Your Prescription Is Ready is a product of the time in which it was written, an era of great instability brought on by international racial protests, the dark final days of the Donald Trump presidency, and of course the chaos brought on by the COVID-19 pandemic. While disillusionment and trepidation are common themes that ring through their songs, it’s all delivered with a sarcastic sense of humour that defines who they are.

The Casual Sexists name was selected as a sort of ironic acknowledgement of Varrick and Ed being a young married couple, but also as a recognition of the casual sexism that still pervades our modern world. A little odd, a little edgy, and a little bit of irony are what defines The Casual Sexists, a twosome oh so appropriate for the strange times in which we live. 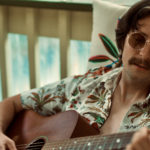 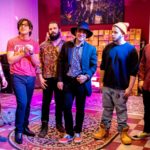