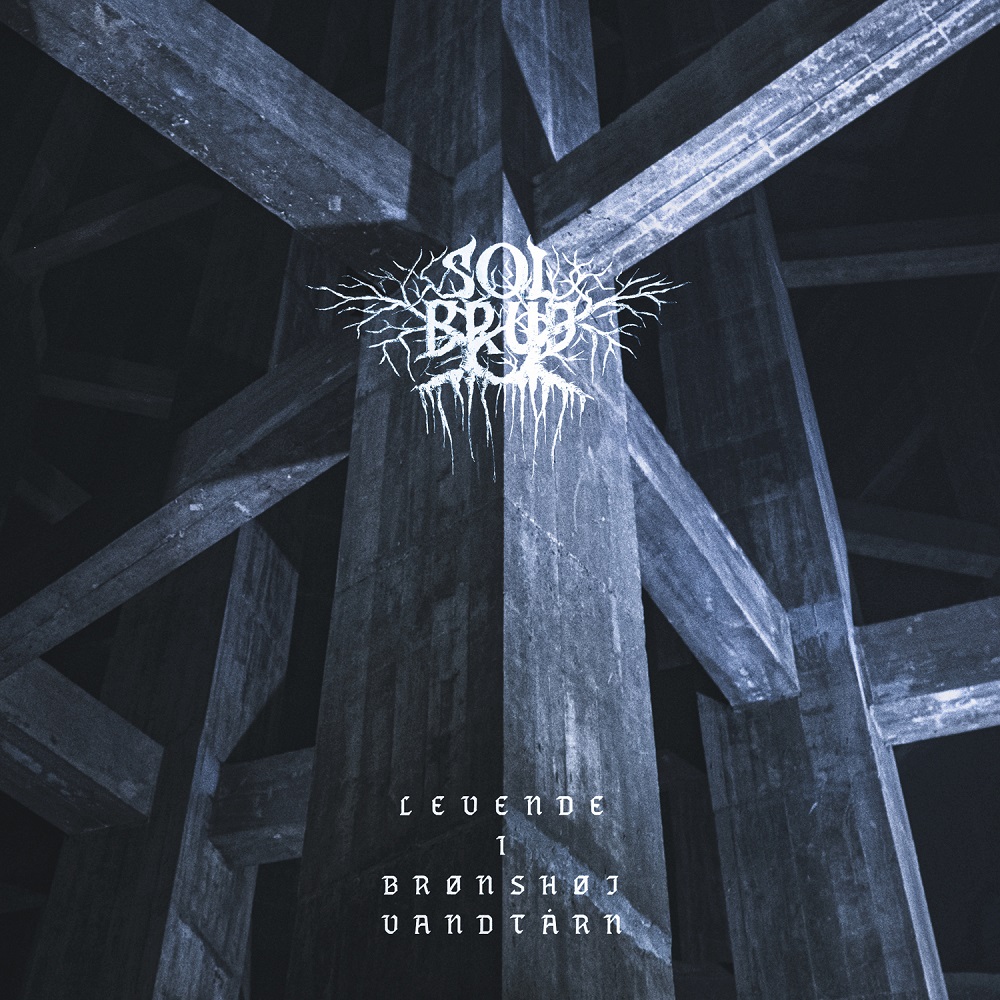 Eisenwald records did Danish black metal outfit Solbrud no favours in releasing the album promo of Levende I Brønshøj Vandtårn as audio-only: the visuals accompanying the physical release are nothing short of spectacular and their absence is the primary reason why I have taken so long to deliver my feedback on this noteworthy accomplishment.

At face value, you see, Levende I Brønshøj Vandtårn is a fairly stodgy affair, over-endowed with cavernous reverb and fuzzy production, but even the faintest air of context alters this perception entirely: first, this is not a studio album, but a live recording. Second, what a setting for a live recording. Just listening to the record doesn’t adequately convey the space or the setting: the Brønshøj Water Tower outside Copenhagen, a brutalist monument blessed with 15 seconds of natural reverb amplifying the already impressive acoustic properties of what is essentially a concrete silo. Suddenly, the pieces fall into place and you find yourself cursing the record label for not providing even a low-res screener to provide the visual accompaniment the album actually deserves.

Thankfully, that gap has been bridged since.

Now it all makes sense: Solbrud doing what they’re known for, choosing unique settings for immersive musical theatre pieces where the space, the lighting and the music all complement each other. In this light, Levende I Brønshøj Vandtårn is absolutely marvellous: a gorgeous video artifact of the two-nights-only (23 and 24 November 2019) show for the lucky few attendees and a searing kick in the eye for everybody else. If it’s only audio you’re after, I cannot recommend this record: the production, coupled with the over-ambient track choices make Levende I Brønshøj Vandtårn a muddy mark on Solbrud’s discography.

“Besat Af Mørke,” the closing track, is a belter, but more because it captures audience noise along with a more upbeat groove, making for a more powerful overall result. The remainder is but an echo of Solbrud’s usual evocative atmospherics: what can usually be favourably compared with Der Weg Einer Freiheit or even Downfall of Gaia becomes more of a second-rate Wolves in the Throne Room bootleg.

In summation: a great show, well captured on video, but less effectively translated in a pure audio format. The unique setting may be perfect for actual performances, but the sheer scale of both the architecture and the sound it aids in generating are left behind in the process. Technology just cannot replace physical attendance – a fact becoming more and more apparent in the growing dissatisfaction felt by music lovers globally during these trying times.