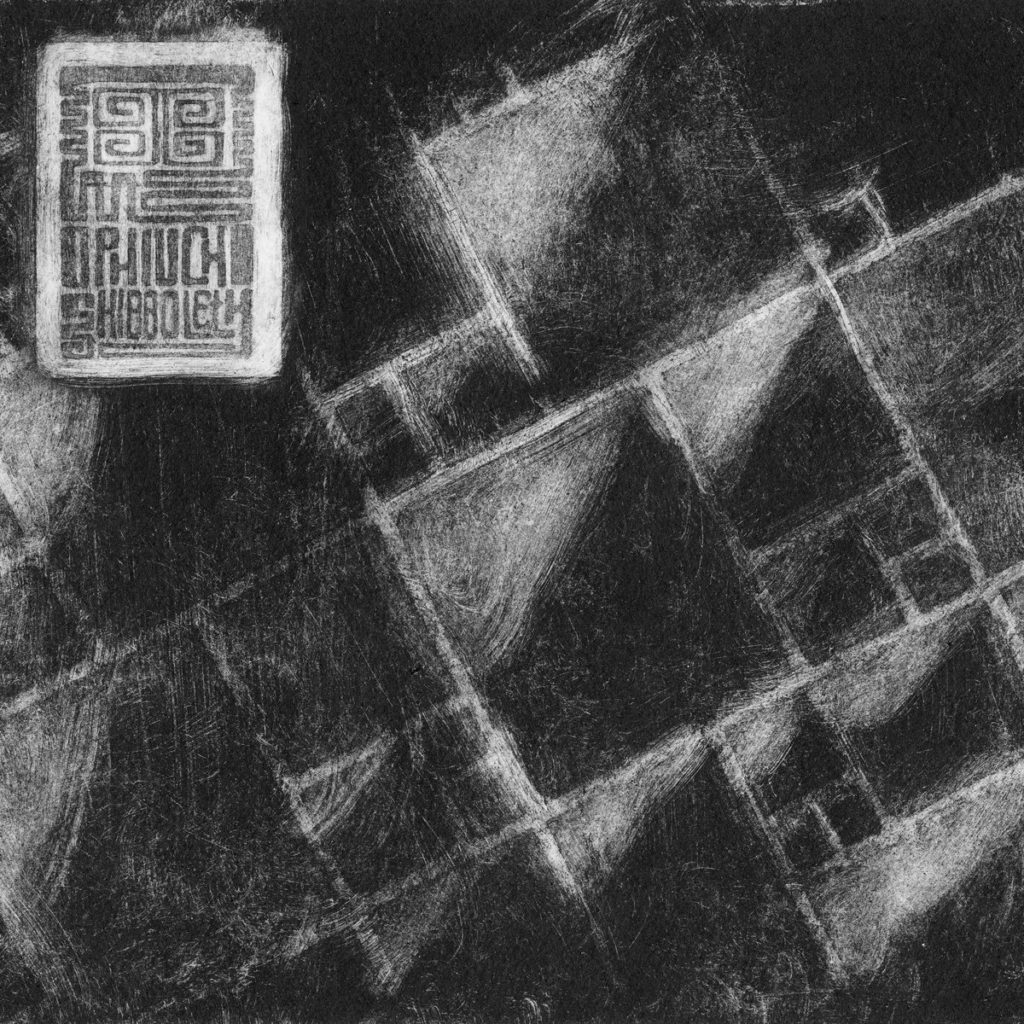 A few years ago, I had the distinct pleasure of reviewing the debut album from a solo black metal project named Ophiuchi, Bifurcaria Bifurcata. The depth of feeling and profundity of the music left me reeling, likening the album to a modern-day black metal Pink Floyd in my praise, and the flabbering my ghast suffered was only made more complete upon realizing the author of the work was from the same dusty South African hometown as myself, Pretoria.

Fast forward, and the same skilled songwriter contacts me to see if I would be interested in interrogating his latest record, Shibboleth. I leap at the chance, obviously, but am soon reeling once more as another odd coincidence leaps up – the musician left those same dusty African shores for the growing hub of Utrecht in the Netherlands at almost the same time as I did in 2019. Evidently, it is fate at work weaving her webs to ensure this record crossed my path, and as such, I have no choice but to immerse myself once more into the atmospheric, mysterious and introspective world of Ophiuchi.

The album opener, “Mercurial,” is a fair summation of things to come – itself a shibboleth characterizing Ophiuchi’s sonic signature.

First impressions were positive, as the same treacle-thick atmosphere and cavernous resonance (imagine a more textural interpretation of Celtic Frost) of the first album made themselves known. Repeated exposure brought fresh insight, however, as semi-religious chants counterbalanced erratic fits of chaotic strumming and weird harmonic overlays reminiscent of some of Led Zeppelin’s more experimental outtakes. This does not, however, discount or mitigate the black metal crust overlaying the entire affair – an apt aural shibboleth itself, which suggests bleak nihilism or outright violence but actually overlays a cathartic journey.

Consider, for example, the following lyric plucked from “Decipulum”: “Tranquil in the murk, I found I had no feet; I am made of dirt, I am incomplete.”

Reflective, emotional and an authentic expression of both gnosis and regret, these stanzas are also immediately reminiscent (in tone and meter) of one of Trent Reznor’s most-lauded compositions, “Hurt,” off Nine Inch Nails’ 1994 masterpiece, The Downward Spiral. This is where Ophiuchi really becomes fascinating: an enigmatic presence that defies the ‘edgelord’ archetype representing so much of black metal (itself a cultural identifier, or shibboleth) while also injecting intellectual and philosophical self-examination into what is typically an outward expression of malice, yet also an avant-garde exploration of the boundaries of the genre. While Ophiuchi is not alone in any of these characteristics – Oranssi Pazuzu, Thy Catafalque or Blut Aus Nord can all lay claim to similar experimental attributes, while both the latter are predominantly solo outings – it is a very impressive achievement given the relatively short lifespan of the project. Few, if any, extreme metal outings show such maturity in only their sophomore recordings.

If a more profound engagement with your listening material, punctuated by dissonances and abstracted rhythms and requiring a far longer interpretative period than your average black metal sounds appealing, then Shibboleth will tickle you. If not, the extensive layering and density of the sound presented may harm more than aid impressions, in which case the more straightforward and pedestrian chugging and blastbeats of any number of other artists may be more in keeping with your outmoded personal shibboleth.