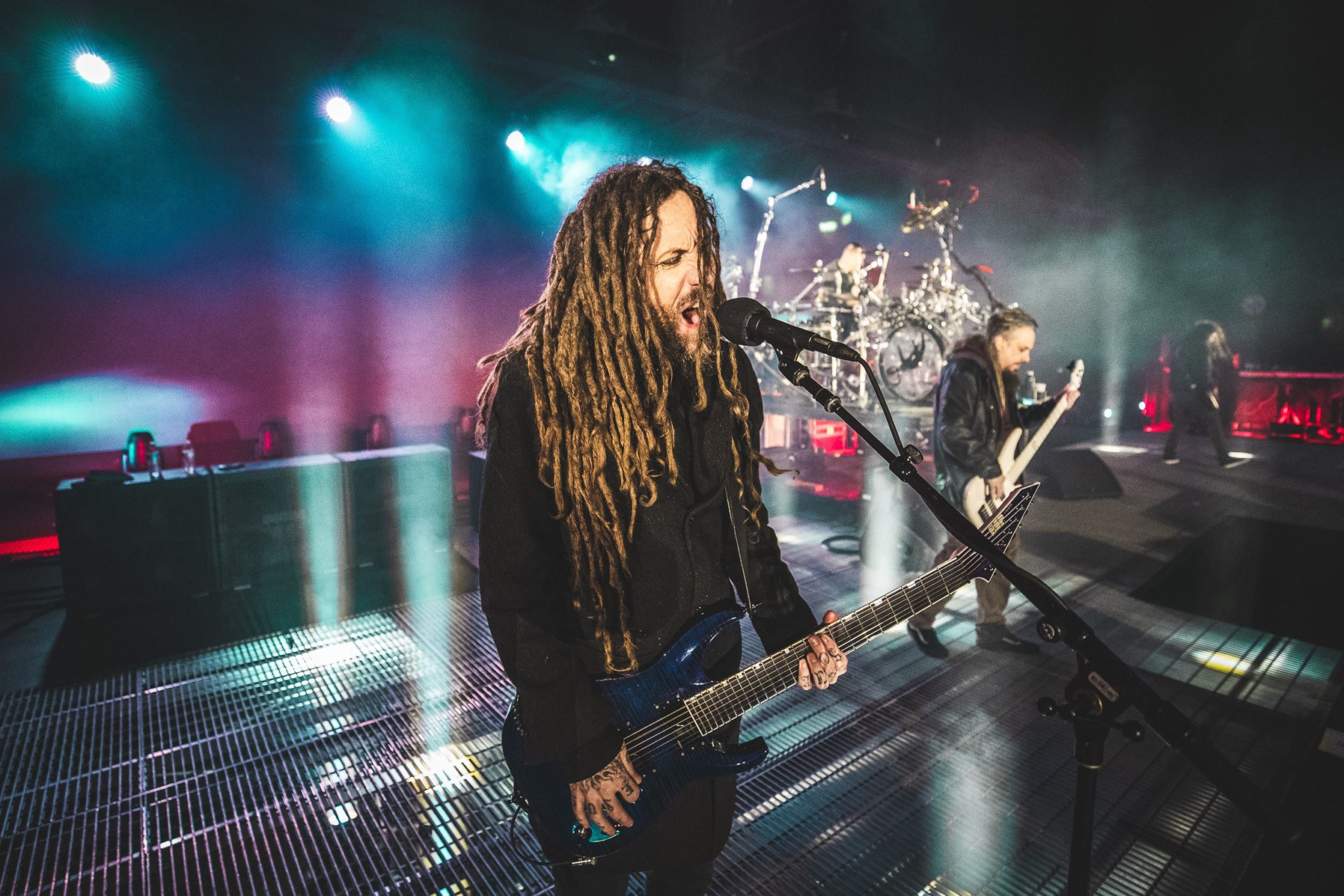 Filmed on the set of Stranger Things: The Drive-Into Experience in downtown L.A., Korn took over the building’s rooftop for a 70-minute set of deep cuts along with some new material from their latest album, The Nothing. The Monumental setting looks stunning, featuring numerous lights, a massive rear video screen, and an assortment of camera angles. The moving drone footage of the band on the rooftop with L.A. lit up behind them looks utterly breathtaking. With the lack of an audience, Korn has gone to apparent lengths to portray themselves in a new fashion. There are numerous live DVDs of Korn available on the aftermarket, and Monumental may have topped every one of them for its originality in presentation.

And then there’s the killer setlist. Rather than going for a by-the-numbers assortment of legacy Korn tracks, Jonathan Davis, James Shaffer, Reginald Arvizu, Brian Welch, and Ray Luzier brushed the dust of gems like “Victimized,” “Thoughtless,” “Throw Me Away,” “Dirty,” and “Ball Tongue.” The set opened with “Victimized,” a lovely growler from The Paradigm Shift, and it’s a track I don’t believe the band has performed live before. “Cold,” “Can You Hear Me,” and “You’ll Never Find Me” were selected from The Nothing, along with another six or seven staple classics from their significant back catalogue.

What worked well in Monumental was the attention producers Danny Wimmer and Keith Koenig, and directors Kevin Garcia and Sam Shapiro paid to what a Korn show might look like in a year without crowd gatherings. They took the show to the rooftops, lit the hell out of it, and then managed to film it in a way that was somehow immersive and isolating at the same time. This show could have been the end credits to a Resident Evil film, the group portrayed alone overtop of the city to an audience of nobody. Monumental is one of the coolest live band presentations I have seen captured for broadcast. It doesn’t quite make up for not seeing Korn perform The Nothing live and in person, but it genuinely helped ease that loss.