Twice the reward, double the punk. That’s the matter at hand today with the premiere of The Silent Mile and Sounds & Scenarios’ brand new split EP via JCH Records. You get a double shot from both bands today, with each doling out a new track, both the pride of the New England punk scene.

Due out March 19th, you get a very early listen of what these dynamic young groups have been up to these past several months, doing their best to pass the time writing and recording while the cold winds of those New England winters blow. Each band serves up something a little different from the other, with The Silent Mile leaning more towards the emo side of things, while Sounds & Scenarios flourishes within the confines of a traditional punk sound.

With some thoughts on the new release, Tyler Chase of Sounds & Scenarios said, “We’re honoured to be able to share a split EP with our good friends in The Silent Mile, and we’re thankful that despite this pandemic, we’ve been able to still work hard on music we’re passionate about and we know our fans will love. Working on our side of the split from home was a bit of a challenge, but we managed to overcome that obstacle and make two songs that we really feel is some of our best work yet. We were also super privileged to be able to work with Zach Zyla for mixing and Ryan Cohen at Robot Dog Studio for mastering, and both were super accommodating for our socially distanced DIY approach. With their help, we were able to really bring our vision to life, and then some. These songs have a really raw emotion to them, and we can’t wait for everyone to hear them.”

Formed at the end of 2018, The Silent Mile are still relatively new at this thing called rock n’ roll. Their objective is simple; revive the sound of the mid-1990s emo scene, while also drawing from the pop-punk and post-hardcore popular in the early 2000s. The band’s debut EP What We Used To Have and Who We Used To Be was released in the summer of 2019, which included “All I Want,” a song that gained a lot of steam within the New England area. 2020’s standalone single “Set Me Free,” gathered them more attention and offered more of their aptitude for catchy melodies, emotionally captivating lyrics, and that super-charged emo/pop-punk instrumentation.

Sounds & Scenarios was originally a solo project, before evolving into a self-described arena punk band. Musically, you can find all the goods here, with a sound heavily influenced by pop-punk, arena rock, ‘80s pop, and vintage alternative rock. Throughout the pandemic, the guys chose to use their time off from the road wisely, as they worked their way through a brand new EP titled Maybe Someday We’ll Bloom, which really emphasizes that arena punk sound they’re going for. This was quite a drastic change in sound, with recent singles “Seattle” and “Eternity” proving that this is a band that’s so much more than just your standard pop-punk fare.

With a compelling new EP that’s the greatest showcase of their talents yet, The Silent Mile and Sounds & Scenarios make for a match made in punk and emo heaven, with each seamlessly feeding off the other. 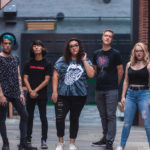 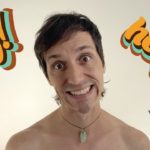 Lucas Carpenter Takes Us Through the Gleam of Each Track on His New EP, ‘The Shimmer’