Welcome to a new era of The Boxcar Suite. Racing out of the gates with a new record, the band is the most fully realized, confident, poised version of itself on their latest release, Every Side of the Abyss. Due out on March 5th, the record is composed of ten new indie rock tunes, delivered with the power-pop stylings you’ve come to expect from this original and dynamic trio.

As compared to their last album, 2018’s Further In and Farther Out, Every Side of the Abyss is more of a compact record. The songs are more straight to the point and there are much greater influences of punk and glam rock, which really spice up their sound. Melodic and guitar-driven, the album is a statement against the modern pitfalls of society, one that is enthralled with the commodification of everything, even music as we know it. Take album opener “Turdnt Awn,” for instance, a song that makes no mistake in calling out cheaper, commercialized forms of music and art. It’s that punk rock attitude that really makes this album a force of nature.

Said singer and guitarist Tim Pritchard, “This album started at a weird transitional time and concluded during the most bizarre circumstances that I’ve witnessed during my lifetime. I think that the inherent struggle of this time pushed us to make our best record yet. Of course, everyone always thinks their new album is their ‘best work yet,’ but I promise that if I didn’t truly believe it, I wouldn’t release it.

After we’d made Further In and Farther Out and did a little touring, things complicated and each member was faced with some personal challenges and lifestyle changes. Parenthood, school, day job career changes, etc. These are the kind of things that usually snuff out bands that have been around for a few years and start to face reality. It gets harder to hang out and party, commit to shows, especially weekend warrior days on the road, or even make rehearsal regularly. Most hang it up, but we decided to just keep things going on whatever terms they would work. I think what we found is that everyone really valued having that creative space to get lost in and we became pretty good at shutting out reality for nights set aside to get together at our studio space. It was cathartic. We have an old warehouse space in Dayton that I’ve been occupying on one story or another most of my adult life now. Some of the best records to come out of our town came from this place in my opinion, many more than I have anything to do with. It’s just this weird, derelict magical energy that seems to propel whatever is happening there.

All that weirdness drove me to write a lot of lyrics in solitude about my frustrations with society. It sounds trite, I know, but I had to excise those demons. None of it is autobiographical per se, but it’s certainly the most brutally honest and revealing songwriting I’ve ever laid down. Phil brought ‘The Flight’ as well and I think it’s a nice reprieve in the middle of the album. It’s a deep song, but definitely sunnier than my contributions on this one. I’m proud of him and hope he keeps bringing them.”

Pritchard concludes, stating “In terms of recording, we cut most of the live instrumentation in our studio space. We usually operate by setting up to record live and working until we have drum takes that everyone is happy with. This gives us a live imprint to work with and then we experiment with the rest of the sounds to get where we need to go. Sometimes we keep live bass and guitars, but more often we spend time on really choosing the right setup for each track after we have drums down. There aren’t any click tracks that way, so it really gives a natural, dynamic sound and I think we’ve captured what the band does live better on this than any other recording we’ve done. We’re very proud of it and can’t wait to share.”

Hailing from Dayton, Ohio, The Boxcar Suite formed out of the aftermath of the release of singer and guitarist Tim Pritchard’s 2012 solo album It Shall Be Revealed. Once the band assembled, they used that record as a foundation to build off of, inevitably pursuing a sound that had its roots in 1970s stadium rock and 1990s power pop. Harnessing these influences, they recorded 2014’s Across the Vast & Deep, an eclectic debut that showed the many sounds and styles they were capable of. As the band members began to work more together and Pritchard took control as producer and engineer, their sound became more definitive and fully realized, which was captured on Further In and Farther Out. That’s been carried forward on Every Side of the Abyss, a soundtrack for some of the most bizarre times we’ve ever encountered.

Unabashedly honest and direct, The Boxcar Suite has never been more candid and unashamed. 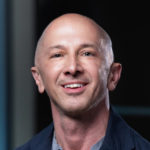