He may be very young and still finding his musical footing, but there’s an “old soul” charisma about musician Sam Robbins. You can hear for yourself on the singer-songwriter’s brand new single “Finally Feeling Young,” the title track to his debut record, scheduled for release on May 14th. The song has a down to earth quality to it, the sound of a young man who feels comfortable with himself as a songwriter, but realizes that he’s still growing as an artist. Some of that growth even takes place throughout the course of Finally Feeling Young, with Robbins’ voice and perspective changing as the record goes on. Recorded at Red Shed Sound in Boston and Nashville with producer Alex Fansel, Robbins makes sure to pay his respects to the classic American singer-songwriters from who he takes great inspiration. We’re talking about legendary artists such as James Taylor, Paul Simon, and Jackson Browne. With Finally Feeling Young, Robbins attempts to rekindle that vintage sound and make it fit within our current times.

Discussing the writing and recording process for the song, Robbins said, “‘Finally Feeling Young’ is the title track and the last song I wrote for my upcoming record. I had been trying to write the last track for a long time, but none quite fit until I wrote this one. It just has a capstone feeling; the album chronicles a tumultuous period of my life, growing into myself and my music, and this song really encapsulates the feeling of the entire record.”

Written over the course of two years, Finally Feeling Young is symbolic of a young artist’s transition from childhood to adulthood. As a youngster, he began to form this connection to the great singer-songwriters of the 1970s when he discovered a boxset of hits from that decade that belonged to his father. A true musical protégé, Robbins is a graduate of the Berklee College of Music. It was his talent and his poise that helped land him an audition on NBC’s hit singing competition series The Voice in 2018, where he performed in front of judges Adam Levine, Kelly Clarkson, Blake Shelton, and Jennifer Hudson, as well as millions of viewers around the world. Now that he’s assumed Nashville as his current residence, Robbins should have no trouble in creating a lot of excitement for his unpretentious approach to his craft in The Music City, and beyond. 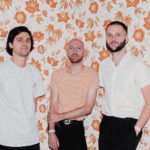 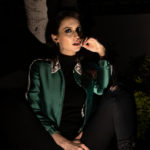