When it comes to life and songwriting, Jesse Brewster is feeling a little cathartic on the eve of the release of his brand new album, The Lonely Pines. A day early, we unveil to you the melancholy and reflective “No One To Blame,” a song in which he ponders through the pain and the heartache of a deteriorating relationship.

The album itself is like one long look in the mirror, evaluating yourself and where you are at in life as you attempt to carry on and move forward. The Lonely Pines finds Brewster sorting through his feelings, either getting to the point of acceptance of prior mistakes or trying to position himself towards better opportunities to come. A true musician’s musician, Brewster is prolific when it comes to songwriting. Between his solo career and side projects, he is an extremely productive individual and is even developing a rock opera for Broadway. Add on to that being a private music instructor, producer, and multi-instrumentalist, and you have an artist who knows no limits.

Explaining his approach to the song, Brewster said, “With ‘No One to Blame’ I tried to demonstrate the idea with textures and instrumentation first, and let the lyrics support that intention. The painfulness that persists in a relationship where one person is very clear with their feelings, and the other is noncommittal and/or indecisive.”

When it comes to the musical side of things, The Lonely Pines lands somewhere in between the cornerstones of folk and rock n’ roll. There are more anthemic numbers like “Let’s Run Away,” along with more western flavoured tracks, such as “Woman in My Mind,” and Celtic folk influences, like on “Amber Kinney.” Fortunately, most of The Lonely Pines was completed prior to the start of the COVID-19 pandemic, but that doesn’t mean it was all finished.

When the pandemic struck, Brewster had to finish the final three tracks all by himself in his home studio. Playing each instrument himself, it was a challenging process, but one that he poured his heart and soul into and it’s yielded some of the best songs of his career. The album track “Close To Home” was an important one for Brewster, a song in which he counts his blessings for what he has, rather than focusing on the inherent frustrations of modern life. It’s a worthwhile point of view, and one that we can all find some value in during these trying times we are being forced to endure. 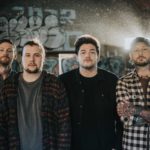 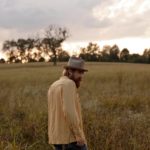