Established independent hip-hop artist Lucidious is back with a vengeance in his new single “Grammy Weeknd,” released just ahead of the biggest weekend in the music industry – The GRAMMYs. Standing up for his fellow artists, “Grammy Weeknd” is a direct attack on the gatekeepers of the music industry and a call to take action to right the wrongs that have become standard industry practices. Inspired after news broke of the GRAMMY snub of The Weeknd in this year’s event, Lucidious penned a song that expresses the angst and anger from fellow independent artists and calls out the major players in the music industry on their tactics to keep artists from reaching the top.

“Grammy Weeknd” is Lucidious’ way of standing up for artists and calling out the industry gatekeepers for issues like low streaming payments, label deals that make money for the executives and not in the best interest of the artists, blocking independents out of playlists, and other issues – all tied in with the recent snub of established, deserving artists like The Weeknd at this year’s GRAMMY event. When the 2021 GRAMMY nominations were announced, The Weeknd was noticeably absent from the list despite having one of 2020’s top hits with “Blinding Lights” from his chart-topping album After Hours. Lucidious joins the ranks of industry professionals rallying behind the singer to express their dissatisfaction at The Weeknd being robbed of a deserving nomination and demanding transparency from the gatekeepers of the industry.

“This goes way beyond The Weeknd being robbed… This message applies to many areas of the industry where gatekeepers keep artists from excelling, whether that’s social platforms suppressing independent reach or blocking artists out of placement opportunities,” says Lucidious. “From exposure to royalty payouts, this isn’t an even playing field and I’m speaking out on behalf of all artists.” Lyrics like “time to pay us what we’re due before the industry is buried” and “block us out of playlists because we don’t fit in your agenda” echoes the sentiment that gatekeeping in the music industry goes beyond institutions like The GRAMMYs and largely affects artists who are trying to make it on their own. As Lucidious raps in the song, “You crush their dreams and 99% gave up on what they love to pay the rent.” 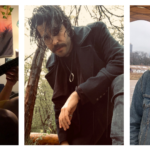 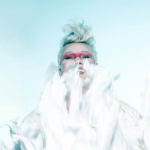 GEA Makes Things Dreamy with Her New Single, “Your Hand in Mine” [Premiere]