Hip-hop/R&B artist Luv Troi released his colourful single “PINK” on February 14 as a Valentine’s Day anthem for lovers and listeners. Filled with vibrant colours and all the emotions that go into a passionate relationship, the song is about the flood of feelings that come with dating and new love. Troi created the song in his bedroom studio with his friend and collaborator Cleme. “We were chopping up a sample and when he finally got the chords down I just couldn’t get the chorus melody out of my head,” says Troi.

“PINK” is the lead single off Luv Troi’s upcoming album. He says the track is a solid introduction to what the album and future singles will feel like. The enjoyment that went into creating the song and music video is reflected in both. Troi’s vocal layering and tight beats create a chill and catchy environment for the sweet lyrics. Troi purposely timed his release for the most romantic weekend of the year. “This is definitely a song to add to your date playlist,” he says.

Luv Troi is a hip-hop/R&B artist currently living in Los Angeles. From a young age, he felt he had a strong sense of maturity of intuition that led him to start finding his purpose in life early. Through the years, Luv Troi picked up countless instruments just to later put them down. He bought turntables in 6th grade and tried out being a DJ for 6 months – he even rapped as “Troi Boiii” at the age of 13 on Soundcloud. It wasn’t until high school when Luv Troi fell in love with production and knew music was his “thing” and that it was his platform to better society and influence others.

He enrolled at ICON Collective where he studied music production for a year. Shortly after arriving in L.A. at ICON, he started recording vocals and writing over his beats. He released his first song in March of 2020 called “Girl I I” and has since released a handful of singles. Fans can look forward to Troi’s upcoming singles and album releasing later this year. 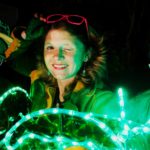 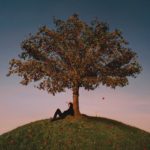