It’s no mystery as to the reason why, but the world just doesn’t feel right, as things currently stand. Life isn’t meant to be this way and it’s left us in a precarious position where we all just want things to improve. Warren Dunes have channelled these sentiments and placed them front and center on their brand new record Get Well Soon, due out on March 19th.

Entangled in this mess in which we find ourselves has been a heavy dose of divisiveness and conflict that has been playing out both socially and politically-speaking. These realities have found their way into the group’s latest single and music video for “Quit Taking A Side.” Despite the serious side to the song’s message, it’s a rather upbeat track, and the video is bound to give you a chuckle or two as you bear witness to a brawl at the dinner table which leads to an unwanted haircut, a walk through a strange basement, and then a fall into the ocean.

Explaining their motivation behind the song and its accompanying video, the band stated, “While it is difficult to define what art is, something that seems to shine through all mediums is the effort to process and express what we experience. This song is Warren Dunes’ effort to process and express the polarization of our country, its personal effect, and offer a solution. It might seem like a large task for a barely-over-two-minute song, but we hope that by displaying a family feud that results in the chopping off of someone’s hair, that we might inspire folks to get to the root of how we all might benefit from a completely fresh start. The plunge into frigid Salish Sea at the end aims to seal the message of a necessary, shocking, and hopefully refreshing renewal.”

The record is called Get Well Soon because it’s the band’s attempt to deliver a Hallmark card to everyone who had to endure the harsh realities of 2020. The album makes sure to acknowledge our recent troubles, while also encouraging listeners to carry on and move forward with their lives and their goals. Featuring lead singer Julia Massey and keyboardists and brothers Jared and Dominic Cortese, the record does its best in providing a certain degree of comfort and tries to help you make sense out of all the chaos. Sonically, Get Well Soon is defined by its anthemic choruses, introspective ballads, and meditative chants, with beats and grooves that will get you moving. It’s a sound meant to help you forget about your worries for at least a little while, and is best experienced live, which makes it such a shame that concerts are not currently happening.

We may not be living our best moment, we may be anxious, and we may be wistful, but at least we have Warren Dunes’ ‘postmodern beach music’ to help give us something to be cheerful about. 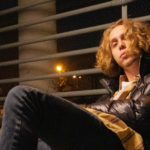