The Foo Fighters have been going strong now for over 25 years and have earned their status as one of the most important bands of the post-grunge era. Frontman Dave Grohl proved to the world that he was far more than just the guy who used to drum for Nirvana, but a multi-talented, charismatic and all-round nice guy that also, with the help of bassist Nate Mendel, drummer Taylor Hawkins, and guitarist Pat Smear (just to name a few), has the ability to compose some of the best pop-rock anthems of our generation!

It would be fair to surmise from the above that I am a big fan of the group and, although quite likely a biased opinion on my part, I don’t feel that the Foo Fighters have ever made a bad song! So with the above in mind, it actually pains me to say that I found Medicine at Midnight an extremely mediocre and underwhelming record. Don’t get me wrong, my opinion has not changed about them as a band and there is nothing inherently bad in this latest release, it just hasn’t hit the mark in the way I, personally, have come to expect from them.

“Making a Fire” is a catchy and distinctively-sounding Foo Fighters tune, but that is, unfortunately, where the praise ends. It simply feels like it is lacking that one element that would make it an absolute banger of a song. I like it, but it just doesn’t quite hit the mark for me. This is the very theme that echoed throughout. “Cloudspotter,” “Medicine at Midnight,” “No Son of Mine,” and others are all what you would consider “good” songs, but that is it. They are just good, not outstanding, not memorable. Just good.

The only track that has anything that stands out is “Waiting on a War,” an acoustic and slower-paced number as compared to the rest of the album (which speeds up as the track concludes), something that Grohl does extremely well, but much like the rest of the record, it just doesn’t hit the mark in the way past songs have.

I feel I must reiterate that I, in no way, think this album is what you would consider bad. It just feels like it is lacking the magic the Foo Fighters can inject into their music. Despite my disappointment, I would still urge fans to give it a listen, make up your own mind, and challenge my conclusion. 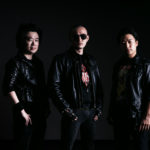 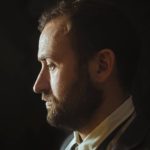