It’s Only Temporary may be the wisest, most soothing words you could give someone right now. All things, good and bad, pass, and it’s a fact that Drunken Logic has made sure to acknowledge on their brand new EP, It’s Only Temporary. Ahead of the EP’s March 12th release date via Rabotat Records, the band has issued the first single “Lost In February,” a bold, hard-driving, self-assured song indicative of the sonic territory within which they are currently operating.

Featuring four tracks in total, It’s Only Temporary is being released on March 12th for a specific reason. That just so happens to be the exact one-year anniversary since the EP first began to come together in the mind of bandleader Jake Cassman. It was the day that everything started to change for Drunken Logic, and a new path was just getting ready to be forged. Although not specifically influenced by the pandemic, the songs are reflective of the previous year, and the constraints within which Cassman was forced to work to ensure these songs saw the light of day.

Interestingly enough, the origins of “Lost In February” extend back over a decade. As Cassman explains, “The lyrics came to me when I was stranded overnight in Phoenix after a cross-country flight; the music emerged after a jam session before which I’d eaten my first weed brownie. (Both of those are great stories, if any interviewers want me to tell it). I’ve had the crunchy keys hook to this song in my head for eleven years now, and hearing it come to life finally is so satisfying. (Bassist) Nick (Ziegler-Heil) thought that the production was a little thin, so I came up with the repeating synth ostinato that’s in the background throughout the song.

I’ve also been really inspired by some of the vocal performances by Matt Healy of The 1975; he’s an incredible voice actor, and can change tone and emotion in some really remarkable ways. You can hear me playing with some of those ideas in the choruses of this song, as well as background vocals in the bridge. I also love Nick’s bass line before the final chorus.”

It’s Only Temporary may be the most musically challenging set of songs that Drunken Logic has ever released. As the pandemic began to persist, Cassman realized that there wasn’t a whole lot of recording that he could do, given the situation. Under the influence of these constraints, it inspired him to revisit a group of songs that were lingering from previous recording sessions.

Heavy on electronic instruments, they were not seen as a fit for any of the band’s other albums, but Cassman just couldn’t get them out of his head once he began listening to them again. When he realized that these four or five songs would be the only creative output possible so long as we’re locked down, he became dedicated to making them as good as can be. This led to collaborations with various artists that Cassman had gotten to know and it precipitated a new, even more ambitious era for Drunken Logic. 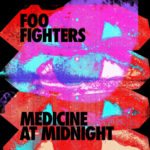 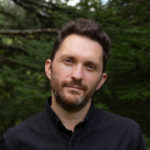