We’re setting out to explore a Brave New World today with the imminent release of this post-hardcore band’s latest EP, Blossom. Due out tomorrow, January 29th, the album’s release has been a long time coming. Brave New World first began working on the record in the spring 0f 2019 at Konkrete Studios which kicked off a year and a half process where these songs were slowly but surely fleshed out.

The EP focuses on the band members’ experiences living with mental illness and the process of confronting it while becoming a stronger person along the way. These are songs about failure and struggle, but also about growth and taking a good long, hard look at yourself. Featuring vocalist Christopher Eubanks, guitarists Nick Lee and Hunter Moore, bassist Cameron Spivey, and drummer Cameron Toups, the band reformed in 2018 with this as their new lineup. Blossom is the debut release of this new lineup, with Brave New World already hard at work on a follow-up album, which will be recorded again at Konkrete Studios in the springtime.

With Blossom making its long-awaited arrival tomorrow, we were fortunate enough to connect with singer Christopher Eubanks for a track-by-track rundown of each song on the EP in which he shares many intimate and personal details of how these songs took shape.

“When we wrote ‘Scrounge Night’ I was at a point of my life where I was mentally exhausted (we had just replaced two guitarists) and the prospect of writing an album was daunting. I couldn’t find a decent place to write from, or even what to write about. I took a lot of walks, spent a lot of time alone with my thoughts. Procrastinating at its finest. Circling the drain waiting for something to happen. Then when the plug finally got pulled everything started taking shape very quickly.

I wanted to analyze what had led me to this point. Why I felt so disgusted with myself and the lack of inspiration that had stemmed from it. ‘Scrounge Night’ was the perfect place to start the record.

It’s about those nights spent looking for the right jumping point. ‘Nightly we search for something real, a hand to guide the wheel.’”

“‘Blossom’ stemmed from the death of a friend. It wasn’t the first time that someone I had been close to had passed but it was the first time that a friend had died from drug use. I spent a large part of my 20s exploring as many different substances and experiences as possible. I was exceptionally reckless in retrospect, and that loss really made me analyze my own behaviour.

The song was an effort to begin a healing process and is largely composed of bits of conversations that I had with people about the idea of self-penance, and regret. It’s also about the strength of the bonds that we make with our friends, and the impacts they make on us.”

“‘Space Ghosts’ is about growing up in the south, and the search for validation. I had so much respect for my friends in the LGBTQ+ community. They redefined my perception of bravery, and self-awareness and acceptance.

I struggled with self-image my entire life, and it was by watching the examples of my friends that I learned how to appreciate myself and strive for a greater level of self appreciation and worth.

The ‘no more sleeping in,’ line is a reference to that. The desire to love myself and embrace my musical endeavours. This song was one of the first two tracks we recorded, and a lot of the runs I do in the verses ‘Southern Love Child, God Bless you,’ in particular are still some of my favourites to sing.”

“‘Baby Teeth’ is about my depression. Those days when you’re really going through it. It was after one of those restless cagey days roaming around the house in the grip of a thick depressive stupor that I decided that the best way to get ahead of my mental illness was to examine it as honestly as I could.

‘I’m out of responses, I don’t have a clue for what comes next,’ I felt like I wasn’t alone in feeling that way and that sharing those feelings was important.

I’ve always felt that the hardest thing about depression is your perspective. It’s so easy to get lost because you focus on every negative possibility and it turns a lot of day to day issues into insurmountable trials. I’m working on it daily though. Don’t give up. ‘Sometimes I fear the ceiling might cave in, but this fear can’t win for long.’”

“It’s strange to think of being a musician as an addiction, but I honestly can’t think of a better way to refer to it. I guess you could say that about anything that crosses the border between a casual hobby to a lifelong obsession. There’s this point where I feel that most sane people get out of the pool, but for the people that stay, I also don’t feel that there’s any other option. You’re stuck with it.

With this sort of like-minded doggedness, you’d think that most communities would be open spaces, and for the most part, they are. The politics between artists can be interesting. Sometimes you meet people and it’s ‘boom,’ friends for life. Then other times it’s crabs in a bucket. You walk into a venue sometimes and there’s that brief, ‘Who are these nerds?’ moment; it’s wild.

In essence, the song is really about a desire to cut through all the distractions and get back to writing.”

“‘Hiding Season’ was the first song recorded for any of the Blossom sessions. It’s about the realization that you’re the reason for the things you don’t like about your current situation and the struggle of internalizing a lot of inner turmoil because it’s easier not to bother people sometimes, and what would you say if you did? So you just get stoned and think. You just ghost everyone and hide out. ‘I faked a smile to fool my friends. I like to keep them guessing. It’s not that hard to play pretend, not when it’s hiding season.’

I wanted to face those things on the record and addressing them directly on that track felt right. ‘These are the things that keep me sad and lonely.’ It’s easy to get so lonely that you forget that the people who have your back never left you at all you just needed a different perspective to understand the value of their relationship.”

“‘Husk’ stemmed from conversations that I had with my S/O at the time. She asked me what had been bugging me leading up to the writing process, and just the idea of being in a place where you feel like you’re stagnating, and trying to relate that to someone you care about. ‘I can’t recall when I started to hate all the things that used to give me bliss.’

‘Can you please stay tonight? ‘Cause I’m sure that there’s something missing.’

There was a perpetual feeling that time was getting away from me. (This was before anything had really begun to take shape so I was still bobbing along in uncharted waters at this point.) A feeling that every day I couldn’t hit my stride in a writing session was a wasted opportunity, or that by falling asleep that I had missed out on some critical bolt of inspiration. ‘When I fall asleep I’m convinced time is stolen, yeah life seems to get me that way.’

I scrapped almost everything that I had initially written down for this track, but remembering that feeling of needing to talk to someone stuck and I’m glad I kept what we did because it’s arguably my favorite track on the album, although that’ll probably change tomorrow.” 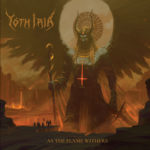 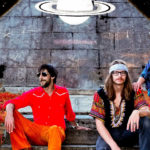