Remaking any song is a tall task. When that song was originally written and recorded by a legend of modern popular music? To put it lightly, let’s just say it’s no walk in the park. The Weird Sisters are pleased to be debuting their exquisite interpretation of blues legend Freddie King’s “Going Down.” Along with Albert King and B.B. King, Freddie is renowned as being one of the three “Kings” of blues guitar. “Going Down” stands out as one of Freddie’s most vintage creations, a song that’s widely regarded as one of the greatest blues recordings of all time.

The Weird Sisters have taken it upon themselves to completely reconfigure the song, putting their own psychedelic, funky spin on it that puts the band’s musical strengths on display within the framework of a classic. “Going Down” was recorded and mixed alongside Ben McLeod of All Them Witches who helped the group in pinning down just the right sound and arrangement. Featuring a blend of vintage keyboards, powerhouse guitar solos, and fiery lead vocals, this is both a potent and effective cover that stands out firmly on its own.

With some words on “Going Down” and working with McLeod, the foursome stated, “Recording with Ben McLeod was the sickest experience, the man is a wizard. He captured the energy of how ‘Going Down’ feels at a live show while giving us the space to add flavors and layers that are only possible in the studio. This marks the beginning of the band in a lot of ways. It was on our first set list in 2017. We needed a classic cover that (saxophonist) Gabi (Lewis) could bust some sax on and would give us the freedom to jam live. What started as a hunk of meat is now a juicy wagyu thanks to Ben and our big appetite.”

“Going Down” is the first new piece of music to come from The Weird Sisters since the release of their 2019 self-titled debut album, The Weird Sisters, which introduced audiences to the band’s penchant for psychedelic rock, blues, and funk. A talented and diverse quartet, the group features keyboardist, vocalist and saxophonist Gabrielle Lewis, guitarist Izaac Short, vocalist Caitlyn Crawley, and drummer Jeff Brown. In 2017, Lewis and Short first began collaborating, which led to the formation of the band. Up to that point, Lewis had predominantly focused on classical and jazz music, and meeting Short motivated her to want to explore new musical territory. The group soon began to take shape, and combining classic influences with unabashed experimentation became their MO. Talented to the core, the members thrive on challenging themselves.

The Weird Sisters have competently put their own spin on a blues classic. All in a day’s work for this band, right? 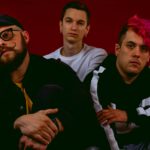 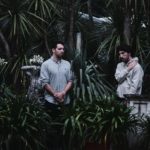