If you ever doubted Blesson Roy’s ability to emerge in his own right as a respected solo artist, well, all we can say is that you “Should’ve Known Better.” The experienced, polished Roy has emerged with his brand new single and accompanying adventurous new lyric video. There’s a psychedelic aspect to the video, featuring some spacey, colourful visuals that go along very well with “Should’ve Known Better’s” dreamy vibe.

There’s much more of this to discover on Roy’s upcoming debut record, Think Like Spring, the follow-up to this double shot EP 2020 EP release, Time Is A Crime, and Time Is A Crime (Almost Acoustic). It may be his formal “debut,” but it’s not as if Roy is some rookie just finding his way. Blesson Roy is the creation of Terry Borden, a former member of the slowcore innovators Idaho, as well as a longtime member of Pete Yorn’s touring band. Think Like Spring finds Roy in his zone, emphasizing his lifelong love of music, both as an artist and as a fan.

In reference to “Should’ve Known Better,” Roy stated, “The chord progression was persistently coming out when I picked up the guitar over a long period of time. It required a permanent home!”

To put the lyric video together, Roy worked with director Hector Gallardo who had nothing but complimentary things to say about Roy’s approach to his music. “Listening to the music of Blesson Roy creates those rare moments that immediately spark something,” said Gallardo. “The layers of sounds, the swirling guitars, the vocal harmonies, all of it immediately inspires visions, colors, and movements. It all comes together into a visual medium you can feel through the music.”

Featuring 14 brand new tracks, Think Like Spring was recorded while Roy (and the rest of us) had a lot of downtime in the early part of the COVID-19 pandemic lockdown. Being alone ultimately helped him in focusing on his songwriting, writing and recording in his own studio located adjacent to his home. Roy went days, and sometimes weeks, primarily on his own, isolated in the studio with lots of time to concentrate on the finer details of each song. The alone time afforded him the opportunity to experiment until he found just the right configuration. Most of the recording process went swimmingly, providing Roy a safe haven in an otherwise very confusing and frightening time. Ultimately, Think Like Spring is an album focused on positivity and renewal, a very topical theme that comes at an important time where the allure of negativity is all too tempting. We could rest on our laurels and sulk. Or we could take an optimistic tone, and work towards bettering ourselves, just as Blesson Roy has done with his latest creation. 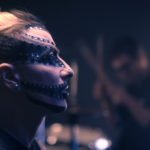 Behind the Video: Dark Side of Light’s Nik Frost on the Duo’s Splendid “Moist” Music Video 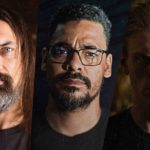