We’re going Scandinavian strong today with the premiere of the brand new music video for “Equilibrium” from the enigmatic Enigma Experience. The single comes shortly after the release of their debut studio record, Question Mark, which dropped this past November.

Enigma Experience is the creation of Niklas “Mr. Dango” Källgren, the guitarist and one of the primary members of the classic Swedish stoner band Truckfighters. Joining him are former Truckfighters and Witchcraft drummer Oscar “Pezo” Johansson, along with former Breed and Motorfinger vocalist Maurice Adams. If you can’t already tell, Enigma Experience is something of a Scandinavian supergroup, though they’d prefer to let their music do the talking rather than their reputation. Question Mark is a diverse record that invokes an intense atmosphere which features an original mix of acoustic parts and lots of fuzz.

Commenting on the new track, Mr. Dango shares, “The song is about finding balance in life, trying to find an ‘equilibrium,’ but we just wanted to have some fun with the video and with lockdown in full swing this seemed like the best thing to do. The outcome is probably the coolest video ever made, in history of rock’n’roll!”

Before Enigma Experience had actually formed, Dango was already hard at work recording what would amount to a full-length album. The album was mostly finished, except the only problem was that he didn’t yet have a singer. As luck would have it, Dango met Adams at a Truckfighters concert where Adams’ band Motorfinger was serving as the opening act. After hearing Adams wail away to get the show started, Dango was blown away, impressed by his power and control which reminded him of the great voices of the ‘90s. Dango sent a song that he had been working on to Adams who then recorded some vocals for it and the results were stunning.

Speaking to what a fit Dango turned out to be, they recorded all the vocals for Question Mark in only three days. No doubt a match made in heaven, Enigma Experience are emerging as a force to be reckoned with, ready to bring some fuzz to your day. 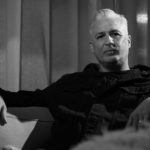 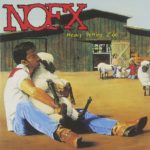