There are solo artists, there are bands, and then there are collectives. So much more than just a group, collectives are composed of skilled music makers who know all the right buttons to push in engineering an audio-visual collaboration like no other. The latest collective to start making some “noise” is MTRSS, an ambitious new global conglomeration of artists intent on pushing the creative boundaries of modern music and art. They have just released their brand new track “Cali High,” a song that illustrates the many different ways in which one song can be altered and reinterpreted.

This is the third incarnation of the track and features vocals performed in Spanish by Argentinian singer, songwriter, and producer Fede Montero. Montero is a 20-year veteran of the Latin music industry, well regarded for his work with various artists and on many Disney Latin American shows like Jr. Express, and El Ristorantino de Arnoldo. The original version of “Cali High” was released in late 2020, followed by a remix, and now Montero has spiced it up with his smooth, polished vocal stylings.

Explaining how he became associated with MTRSS and how this new version of “Cali High” came together, Montero said, “I got involved with MTRSS in the middle of a pandemic. I was trying my best to stay active and creative during these uncertain times. This whole situation with the virus has definitely changed the way we do things and create music. I fell in love with the tune from the first listen and was more than happy to be a part of it. Initially they wanted me to do the Spanish cover of the track. I did that, sent over the demo and was pleasantly surprised when they got back to me saying they want me to produce the song and put it out there.

You know what, it came together very fast and smoothly because good songs are very easy to get dressed. So I created the track, sent it back to the guys and they loved it. Perfect! Pure happiness. ‘Cali High’ is something that all the dreamers can relate to. English version perfectly reflects that feeling and I hope that the Spanish one will be able to do the same thing so we embrace Latin people too.”

What’s so valuable and unique about a collective like MTRSS is that the sky is the limit when it comes to artistic creativity. The beginnings of the project bridge backwards to a chat that occurred one evening between a small group of visiting musicians and the owner of a suburban vinyl bar in Tokyo. While discussing music, both mainstream and underground, they began to touch on the idea to write and record analog music that would pull in artists from different forms of media. The goal was to explore sound and expression as deeply as possible, relying on simple human chemistry to fuel the creative process.

As MTRSS has developed, it now includes members from Oceania, to Russia, to Scandinavia, and to California. Analog music has never sounded this fresh and exciting and with its no rules approach towards musical imagination, the sky truly is the limit for this collective. 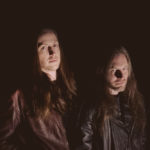 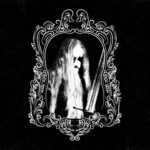