The brainchild of Christopher Harold Wells, psychedelic/shoegaze-y/jazz/alt-rock band, The Neverlutionaries, recently dropped their new single “Ariana.” Christopher also has a track in the pipeline to commemorate the life of his close friend Reed Mullin from stoner rock heavyweights, Corrosion of Conformity (COC). Following the release of “Ariana,” we had a chat with Christopher about his friendship with Mullin, bad tattoo decisions, and groovy dreams.

Your debut single “Ariana” is out now, what can you tell us about it the song?

Christopher Harold Wells: “It’s about meeting ‘the one,’ essentially, and what that feeling and experience would be like.”

On the subject of the song title, have you ever had or would you have a girlfriends name tattooed on you?

“As of yet, no. But who knows what the future holds?”

“My tattoo was something I saw in a dream. An old dude that kind of looked like me was on a mountain top and the tattoo was in 3D floating above his head while lightning exploded around him.”

Do you remember when, where, and what your first tattoo was?

“Yes. My buddy Errol did it back in the day, though I don’t remember exactly the location where it was actually done.”

You were friends with the great Reed Mullin. Did you ever get tattoo work done together and do you have or do you plan to get any work done to commemorate your friendship?

“Ah. Reeeeeeeed! He was and will continue to be a great influence on me as he was a badass. I don’t actually recall him having any tattoos. I did consider getting a tattoo of a Mule as that was his nickname but it hasn’t happened yet…”

Your artist is Errol Engelbrecht who designed the iconic Corrosion of Conformity skull. Did you meet through your friendship with Reed and what can you tell us about the tattoo he is working on for you?

“I met Errol on the scene in Raleigh, he is a really cool and unique guy. I didn’t meet him through Reed though.” 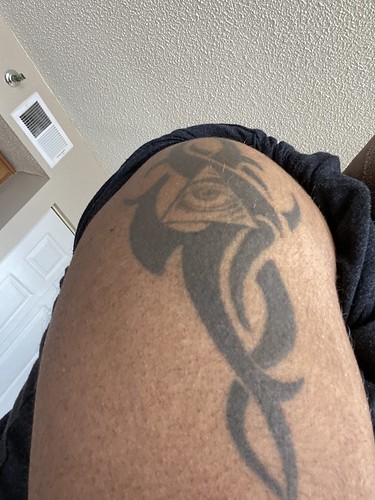 “Well, I was feeling groovy when I got the first one!”

“Yes. There was this shitty tattoo artist who had Nazi bullshit all in his shop. I heard he was down with that bullshit but I was all punk rock and didn’t care. When I sat in his chair, he asked if I was scared and I said ‘of what? You? Hell no!’ He chuckled and we began. It was my birthday so I was drinking with some friends prior. He was just a crappy artist but I think me actually being there, I gained his respect. In hindsight, what was I thinking? (laughs)”

“Not painful at all, I actually dug the pain.”

“The dream I had which I mentioned earlier is about it.”

Going back to your friendship, you’ve written a song about your relationship with Reed. How did you meet and what’s your favourite memory from that friendship?

“I met him after a COC show at a Raleigh club now defunct called The Brewery. He was such a funny dude. And a great friend! After my old band Peasants (of the Apocalypse) broke up, he invited me to join his new band at the time, Brown, at their show at Charlotte CityFest playing to thousands of people. Most people in the Raleigh scene didn’t take me seriously until that moment. This guy got a few thousand people to vote during the Rock The Vote thing back then. He signed Dave Grohl’s old band too. I ironically saw him last on Christmas Day because we were both in San Francisco working on records. One of the last things he said to me was that he was proud of me for finally getting my shit together and said he had a good feeling about the record too. We tracked ‘Ariana’ that day at Hyde Street (in San Fransisco) so it was dope.

I’d rather focus on the light of his life than the darkness of his passing. He visits my dreams as well and he is always smiling at me a yelling ‘keeeeyyyuuuuppppssschh!’ which is what he would call me. I also had a fear of heights and when I went out with COC’s this one tour while they were Columbia Records. I think during the Wiseblood record cycle. I was (COC singer and guitarist) Pepper’s (Keenan) guitar tech and Reed knew that I had a fear of heights so when we were at a venue in the Outer Banks of North Carolina that had this crazy tall slingshot ride thing he convinced me to get on it to get over my fear and I think, if it wasn’t for that, I still may have my fear of heights. I owe him a lot and miss the hell out of him and feel very honoured that he considered me a friend.”

Finally, you’ve got your new album coming out in January. What can the world expect from it and what do you hope 2021 holds in store for the band?

“When we are able I want to tour the world and share my music with anyone who cares to dig it!” 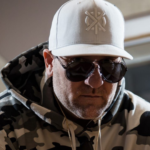