Taking place in the historical coastal city of Tainan from 27th to 29th November and promising to deliver the only full capacity live music festival showcase in Asia during these extraordinary times, LUCfest is set to feature an array of over 60 new and established Taiwanese acts across 7 different stages around the city, where the main outdoor stage will accomodate an audience of 10,000 without social distancing measures.

In the run-up to the festival, organisers announced that London funk/soul band Lazy Habits would be appearing, so we caught up with James from the group to ask him about the festival, any apprehensions about performing in the current climate and much more.

James: “Life is good, strange but good. Thank you.”

You’ve been announced to play LUCFest at the end of the month. What are you expecting from the festival?

“I’m not really expecting anything. I’m extremely grateful to be playing any type of show this year. I’m hoping LUCfest can help me show everyone back home in the U.K. that festivals will be back and this is what people can look forward to feeling again.”

Given the current situation with COVID, do you have any apprehensions about performing at a gig?

“No, I don’t. I think the way Taiwan has dealt with the pandemic is an example every country could learn something from.”

You’re from London but are now in Taiwan, what is life like in Taiwan during these times?

“I live in London and get to visit Taiwan for a month every year. This year that month was February and by the time I was due to go home all the planes were cancelled and I was stuck here until September, I was about to go back to London when I was offered some music work with Taiwanese composer Lu Luming. So currently while the rest of the world is mostly in lockdown Taiwan has become my base.”

Taiwan doesn’t seem like the sort of location you’d find a soul/funk band. How do you think your music will be received there?

“I’m lucky to have worked with Taiwan’s DJ QuestionMark while he was living in London and we have both found ourselves back here when we were supposed to be in London, having had more than 30 shows and an album postponed due to everything going on back home. So we have been working on a new show to put on especially for LUCfest.”

Pre-COVID have you played any shows in Taiwan?

“We toured here for our first and second album, as a 7-piece live band we played Megaport, The Wall and Legacy. We were hoping to do the same this yeah but 2021 seems like a more realistic time to think about returning with the full band.”

You’re inspired by New Orleans Jazz and the big bands of the ’50s, what is it that inspires you about those genres?

“Those sounds have evolved a lot since the first album. I loved the instrumentation and use of brass, everything from the old recording techniques and feeling in the music itself. I’m actually inspired by all kinds of music, old and new, and across a whole bunch of genres. I was working on some elements of finishing the third album whilst out here and that has a whole lot of strings on it this time.”

Do you remember the artists that first turned you on to that music?

“Believe it or not it wasn’t an artist at all but a New Orleans funeral I saw that felt like such a celebration of life. There didn’t seem to be a band as such but so many different people there were playing brass, a jazz standard called “a closer walk with thee”. The feeling was powerful.”

You’ve got 2 albums and a remix album released to date, what plans do you have for new music in 2021?

“Actually the third one was due out this year but it’s been postponed until next year. Like I mentioned before it’s really orchestral and filmic. We have already shot MV’s for some of it and we are just waiting now to release it. I’m looking forward to playing some of it at Lucfest for the first time ever. I also have a side project called High Cross Society and we will be working on new material.”

“We play hip hop mostly with a whole load of influences including those you mentioned. Back in London at the moment, there is a really great British jazz scene with people like Theon Cross, Moses Boyd and Nubia Garcia really bring that music to the front again which is amazing to see.”

Apart from LUCFest at the end of the month, do you have any other plans before the end of 2020?

“I’m currently working on a song for the soundtrack of a Taiwanese film and working on writing for another artist. Shooting more videos for the third album and starting work on new music. Always working.”

Thanks again for your time and good luck with everything. Just to finish how would you sum up 2020 for Lazy Habits and what are your hopes for 2021?

“Well like I mentioned earlier we had our whole summer of festivals across Europe cancelled, and a U.K. tour in September so we have postponed releasing our album until 2021. If everything settles down again then we can look forward to doing all of those things again. For 2021 I just want the coronavirus to go away!”

For more information on LUCFest visit the the Official LUCFest Website. 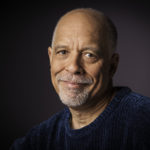 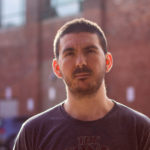