Nights of the Dead, Legacy of the Beast: Live in Mexico City is a 17-track recording of three sold-out arena shows in September 2019. For those fans who felt jilted due to cancellations and postponements of dates on the “Legacy of the Beast World Tour” due to the COVID pandemic, this double live album might serve as appeasement until the band circles back to your city.

The concert’s setlist is made up of Iron Maiden staples, along with songs that haven’t been heard on their live set for a while, such as “For the Greater Good of God,” “The Clansman,” and “Sign of the Cross.”

Mexico City loves Maiden. The sound of the audience singing back to the band at a rattling volume makes this ever so apparent. Envisioning the immense stage production and lavish props as thousands of voices in the Palacio de los Deportes arena match the instrumental parts of “Fear of the Dark” note for note, in perfect key, is mind-blowing.

Maidenheads, particularly the ones who are really into guitar might try to decide which of the band’s three axemen (each plays intermittent lead guitar) is playing which solo during “2 Minutes to Midnight” or “The Trooper.” (The aforementioned songs were recorded and performed live by Dave Murray and Adrian Smith until Janick Gers joined the fold in 1990.) The intonation of these three guitarists and the level at which they play as a trio is staggering.

Drummer Nicko McBrain, often shrouded by his enormous drum kit and stage props, is the least visible Iron Maiden member onstage, yet his fills, groove, and power always stand out. “Where Eagles Dare” is but one of the tracks from Nights of the Dead, Legacy of the Beast that personifies his facility as one of rock’s premier drummers.

“Get off your horse and drink your milk, cowboy,” Bruce Dickinson, heavy metal’s ultimate emcee, whoops out to the crowd at the kickoff of “Run to the Hills,” and the show closes smartly.

What really comes over when you listen to this album is the energy—inexhaustible energy—from the crowd. Iron Maiden is a band, which, for over 40 years, has generated a colossal fan base by taking care of its fans. This live album, a chapter in the prodigious musical legacy, is a testament to that very sentiment.

Nights of the Dead, Legacy of the Beast: Live in Mexico City Track Listing: 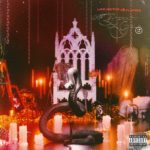 Like Moths To Flames – ‘No Eternity in Gold’ [Album Review] 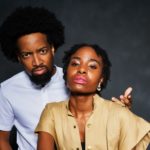