The chances are high that Doug Clifford, John Fogerty, Tom Fogerty, and bassist Stu Cook didn’t go into their fifth studio recording with any precognition that the album would live on to see a 50th-anniversary pressing. They likely also wouldn’t have had any idea how iconic this classic release would become.

Perhaps the fifty years of perspective bolster the album considerably, but there’s more to it than just the longevity. There’s a vibe on Cosmo’s Factory that most bands can only hope to attain during their careers. The eleven songs included on the record feel like they are an aural cornerstone in time, each of them symbiotically feeding off each other for a 40-minute increment of musical perfection.

Cosmo’s Factory boasts the songs “Lookin’ Out My Back Door,” “Up Around The Bend,” “Run Through The Jungle,” “Who’ll Stop The Rain,” along with their eleven-minute jam on “I Heard It Through The Grapevine” AND the fan favourite “Long As I Can See The Light.” Cosmo’s Factory, originally released on July 16th, 1970, stood as Creedence Clearwater Revival’s fifth full-length release in two-years. The album’s title came from drummer Doug “Cosmo” Clifford, who would often refer to the band’s practice space as “The Factory.” Think about putting out five albums in two years now? Cosmo’s Factory is a landmark for that alone when one thinks of the 4+ years most modern bands take to record new material.

One of many hits on Creedence’s legendary fifth studio album, “Long as I Can See the Light,” was released in 1970 as part of a double A-side 45″ single with “Lookin’ out My Back Door.” Both songs peaked at number two in the U.S., and despite Creedence having never played “Long as I Can See the Light” live, it went on to become a fan favourite. Over the years, the song has taken on different meanings, but John Fogerty has stated that the song is “about the loner in me. Wanting to feel understood, needing those at home to shine a light so that I can make my way back.”

Craft Recordings is honoured to unveil a special fan-generated video for the beloved Cosmo’s Factory closer, “Long as I Can See the Light.” In the lead-up to Father’s Day 2020, Creedence fans worldwide were encouraged to submit videos and photos documenting cherished memories with their fathers, grandfathers, or other guiding lights in their life. This incredible video took form designed to emulate the back cover artwork for Cosmo’s Factory.

A half a century after its release, Cosmo’s Factory gains a new vibrancy thanks to the exacting process of half-speed mastering. Remastered using high-res transfers from the original analog tapes, the half-mastering process involves playing back the audio at half its recorded speed. At the same time, the cutting lathe is turned at half the desired playback speed. This technique allows more time to cut a micro-precise groove, resulting in more accuracy with frequency extremes and dynamic contrasts. The result on the turntables is an exceptional level of sonic clarity and punch. This anniversary pressing of Cosmo’s Factory was previously only available as part of CCR’s collectible, seven-LP Studio Albums Collection box set.

This Craft Recordings half-speed master edition of Cosmo’s Factory is pressed on 180-gram vinyl. It comes housed in a tip-on jacket, replicating the original packaging along with replica Fantasy Records labelling. It was released on August 14th and was mastered at half speed by the award-winning engineer Miles Showell at Abbey Road Studios. A testament to a great band crafting some of their very best material a half-century ago, the Cosmo’s Factory 50th Anniversary Pressing is a must-have for anyone who loves great rock n’ roll. 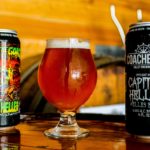 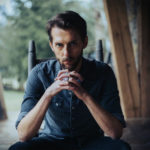