Gracing aural pathways with a soundtrack destined to demolish barriers and promote inclusivity, freedom, and daring, NYC-based Danny Blu is fulfilling desires with his new seven-track EP, The Pale Horse (September 1, 2020). Sidestepping from his role as frontman of the alt-rock band Echo Black to fully embrace his LGBTQ+ and stigma-free attitude – which deserves props in and of itself – Danny sounds damn good. Like a shiny, lascivious hard candy, Blu’s tunes contain the sugary sweetness of pop with the tooth-mashing, always-a-choking-risk of industrial and metal; it’s a candy first and foremost, but it’s not without some bite. The darkwave, electropop cornucopia of the EP is precisely channelled in the single “White (K)night” and its visually arresting video (check it out below).

As Danny emphatically embraces his solo role, he’s guided down memory lane to explore his primal influences. In this Stereo Six exposé, we follow Danny Blu through his eclectic mix of influences ranging from the heavy screams of industrial (NIN) to the provocative purity of pop (Madonna), as well as one curveball entry you might not see coming. Leave your inhibitions at the door, and enjoy the sonic history of this talented, compelling artist.

“Every goth kid over the age of 25 knows this soundtrack and how important it is. I’m sort of cheating here because it includes a lot of my inspirational artists, but it’s more about the production and the vibe as a whole. The original tracks written for this movie all seemed to heavily focus on the drums and percussion as the driving force. It was something I wanted to really incorporate into my EP, The Pale Horse; I wanted it to be just as visceral, and recreate the same involuntary body responses I had when I first listened to this soundtrack.”

“I practically grew up with Garbage. My dad and I would repeat their albums throughout my childhood and they are permanently ingrained as a part of my influences. This album is so packed full of hooks it’s insane. Every section in each song is memorable. My producer and I paid close attention to how and why each track fit together on Version 2.0 for the overall flow. And I think it’s why it took us so long to finish the EP, I really didn’t want any track to be filler.”

“I’m a hardcore Nine Inch Nails fan. I could have chosen any album because Trent Reznor is such a major influence on me. Fun fact, I was even born on the day Pretty Hate Machine came out! I find With Teeth to be such a pop-influenced album. Songs like ‘Only’ and ‘All the Love in the World’ are not packed with production and highlight the sincerity of Trent’s vocals and melodies without sacrificing any of the NIN signature angst and aggression. The songwriting on With Teeth, in general, is solid gold.”

“I’m also a pretty big Madonna fan. However, in Erotica Madonna gives us all the sensual-breathy-whispery vocals paired with sexy, sweaty dancefloor beats. I wanted to recreate that same vibe for The Pale Horse — sexy, intimate, and visceral. I chose not to go quite as ‘club’ on this EP, but I still wanted to capture the intimate moments and speak directly to the listener, and I think we achieved that. I always want to invite my listeners to feel my emotions and intentions, so my music becomes a multi-sensory experience. Erotica was also released on my birthday!”

“It’s no secret that I was once a MySpace kid, so my appreciation for Jeffree Star goes pretty far back. His controversy and reputation aside, in 2009 I really connected with Beauty Killer because it was entirely about his ideas and what he wanted confected into an album that was 100% unique to him. And it’s something I can really relate to with my own EP. I still love the juxtaposition of rock against the highly sexual lyrics and pop melodies. I’m also a sucker for camp and ridiculousness; those lyrics just stick with you – like them or not.” 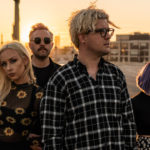 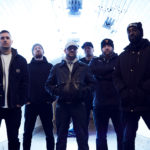 Ironed Out’s Dave Makboo and Louis Gino Discuss the LBU, Hardcore and ‘We Move As One’