The soundtrack to the 1997 Jay Roach-directed film, Austin Powers: International Man of Mystery, which stars Mike Myers, is being released as a double LP on October 24th as a Record Store Day first via participating record stores. The pressing will feature two discs, one pink and one orange vinyl.

Commenting on the soundtrack, Mike Myers said, “For me, it all starts with the music. While creating Austin Powers, everything began with the music of Burt Bacharach and Quincy Jones. Our music supervisor, John Houlihan, knocked it out of the park for us. I love this soundtrack.”

Roach added, “If as the Bard once said, ‘music be the food of love,’ this soundtrack is a shagadelic love-feast. It’s a celebration of everything Mike Myers dreamed of for Austin, with yeah-baby creations by Quincy Jones, Burt Bacharach, our composer George S. Clinton, Ming Tea, and so many others.”

Susanna Hoffs said, “As a little girl, I taught myself to sing by practicing along to Burt Bacharach-Hal David songs on my Mom’s Dionne Warwick records, so it was an incredible thrill, and an honor, to sing ‘The Look Of Love’ for the film. Collaborating with Mike Myers and the members of Ming Tea on ‘BBC’ was pure joy–a truly groovy experience that I will cherish always.”

In a new episode of The Record Store Day Podcast with Paul Myers, hear an Austin Powers soundtrack discussion with Paul’s brother Mike Myers. Listen to the podcast here: bit.ly/RSDPODCAST. 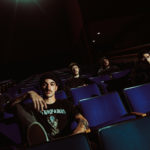 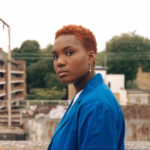