Arlo Parks has confirmed the January 29th, 2021 release of her forthcoming debut album, Collapsed In Sunbeams, on Transgressive Records, and debuted her single and Louis Bhose-directed music video, “Green Eyes.” The new, end-of-summer-song features both backing vocals and guitar from Clairo and, as Parks says, “This is a song about self-discovery, self-acceptance and adolescence. It is supposed to uplift and comfort those going through hard times.”

Commenting on the album itself, Parks notes, “My album is a series of vignettes and intimate portraits surrounding my adolescence and the people that shaped it. It is rooted in storytelling and nostalgia – I want it to feel both universal and hyper specific.”

Be sure to also check out the recently released tracks, “Hurt” and “Black Dog,” as both were simultaneously playlisted on BBC Radio 1 and BBC 6 Music A-lists and have garnered millions of streams worldwide. 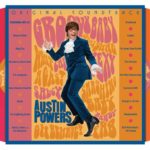 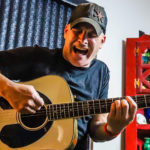