And thus we reach the final release in Misha Mansoor’s mammoth Archives series under his original Bulb moniker. 10 albums in 4 months, from his earliest days of demo creation until the present day, we have got to see the evolution of a musician in his most comfortable setting and also the myriad of his influences and styles. Rarely do we get such an insight into the darkest corners of the woodshed of a guitarist and it’s been an amazing journey, ending on a high point with Archives: Electronic.

Those expecting an ambient electronic wave of sci-fi landscapes will be a little disappointed – this is Mansoor doing his own version of Satriani’s Engines Of Creation, which was a hugely experimental move for the shred master at the time. Utilizing electronica as a basis for both the guitar and the songs instead of standard rock instruments, it opens up a new avenue of sound and opportunities.

“Absent” is an epic album-opener, lush and gentle that then moves into a more metal mid-section that melts into a down-tempo climax. “Blue” kicks us into almost pop-esque up-tempo beats and melodies that also treats us to a stab of ‘80s nostalgia and negates the guitar altogether, but it totally works and the Blade Runner vibe near the end kicks ass. “CDG” heads straight down the techno path, the guitars used as a separate pad for texture instead of histrionics, ebbs and flows of sound and beats.

“Horizon” is bold modern EDM that is not embarrassed to revel in bright melody and sheer danceability, something that most other metal artists would never get away with, but Bulb is a different animal altogether (this much we know). A short interlude, “Post Waltz” is straight breakbeat volley that cleanses the palette before we head into the soundtrack-heavy, jazz-infected “Powerpoint Epic,” all textures and layers of infectious sonic delight. And the final song of the Archives series is “Purple,” an atmospheric and addictive dancefloor filler that harkens back to the days of ‘90s rave culture, and should scare away the last of the narrow-minded in the room (although I highly doubt there are many around at this point).

Mansoor is clearly a man that needs as many avenues of creation outside his day job in Periphery, an artist that needs to forge bravely forward and outward without boundary, and this 10-album demo series has been an exhaustive journey down that rabbit hole. If nothing else, we now know that he will never stop striving for new ways to compose or new genres to assimilate. Archives: Electronic is a fine, fine seal on this epic series, and I can’t wait to start from the beginning all over again, and neither should you. 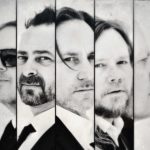 Basic Elements Take You Behind the Scenes of Their Latest Single, “Hide” [Video Premiere] 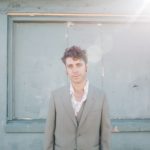