Transcendent and incomparable, Aliza Hava is a musician with some higher-level ambitions. Hava has just released her brand new music video for “More Than Anything,” her uplifting new single from her latest record, Natural State. A selection of songs that feature rich vocal harmonies, ethereal textures, and roots-based folk-rock, the album sees Hava at her most inspired, with an inherent message of peace and love that’s extremely apparent throughout each song.

Her songs look to the power of music to uplift the mind and the spirit, while remaining true to the ongoing pursuit of reclaiming our Natural State. When she set out to write and record the album, Hava wanted to compose something introspective, a collection of tracks that would show who she is right to her core. Working in tandem with producer and multi-instrumentalist Ron Zabrocki, Natural State features Hava in her most honest, unrestrained form.

Explaining how the idea for “More Than Anything” came to her, Hava said, “The song came to me in a dream. In the dream, I was onstage playing a song I’d never heard before with a full band and a ripping harmonica riff. When I woke up, I was like, ‘what a cool song. Who wrote that?’ And my creative muse was like, ‘you did! Go get a pen and write it down now!’ Boom, it was born.”

Fusing folk, rock, pop, and R&B, Hava is a thoughtful and pensive songwriter, the type of artist that doesn’t just want to entertain you but also wants to inspire you to think and feel. An activist at heart, Hava emerged from a difficult home life in suburban New Jersey to go on and study music therapy in university. During this time, she developed a strong appetite for student activism and started to thrive working in concert production and community organizing. She began to develop charity concerts that featured local bands in an attempt to benefit campus organizations such as Students for a Free Tibet and NYPIRG. After graduating, Hava became even more involved as an activist, co-producing and performing at concerts at the United Nations headquarters in New York City. For a time, Hava found herself living and working in the Middle East where she represented UN-related peacebuilding initiatives and worked to promote peace and dialogue through music between Israeli and Palestinian musicians.

So much more than just a songwriter, Aliza Hava is not only a real talent, but she is also determined, dedicated, and a perfect example for anyone who’s in need of a dose of inspiration or motivation. 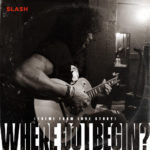