You’re free to be yourself today because you’re Amongst Liars and their “fiery” new single “Burn The Vision.” Taking a closer look at our life before and during our current global pandemic, the song zeroes in on those who have looked to profit off of the misfortune of others by inundating the media with fake news. There are many negative forces that are currently hard at work in an effort to deceive us all in the name of personal gain and Amongst Liars want to make it known that we must be aware of what is happening all around us. Musically, the song borrows heavily from the institutions of heavy rock, grunge rock, and punk, with a barrage of hard riffs and a powerful, melodic chorus.

For a group that’s been together for less than one year, Amongst Liars sound as musically accomplished as bands that have been playing together for years. The band formed from the dissolution of two well-regarded south coast bands, Saint Apache and Katalina Kicks. Their debut single “Over and Over” was released this past February with the band’s second single “Wolf Machine” following in May.

In order to get better acquainted with Amongst Liars, we spoke with singer and guitarist Ian George and artist Pierre Engelbrecht for our latest edition of UnCovered where we discussed the compelling new single artwork for “Burn The Vision.”

Your new single cover is crazy-cool. Tell us about the artist and how you found him?

Ian George: “Thank you! We’ve known, Pierre through our bassist Ross Towner who has known him for ages. Here’s his Instagram. When we were talking about starting up the band there was always a desire to make the music as visual as it could possibly be, both in the accompanying artwork and music videos. Ross showed us some of Pierre’s artwork before we released our first single ‘Over and Over’ and we were blown away, so asked him straight away to see if he wanted to come on board and very happily he did!

He did about five designs for the first single and we honestly loved them all. So much so that we then asked to use another one of these initial designs for our second single ‘Wolf Machine’ as we felt it represented that song perfectly too! And then for the third single ‘Burn the Vision’ he again came up with something totally new and bespoke again but also sent over three more designs for this as well, which we thought were all amazing. It was so hard to pick from them all!”

Pierre Engelbrecht: “I see myself as a landscape photographer that turned surrealist. A thousand words were not enough to tell my story anymore. Surrealism is the perfect genre for me to do so. It is a magical world with endless possibilities and the perfect medium for storytelling and individualism. Currently, I am in the process of breathing new life into my landscape photographs by adding a splash (sometimes a bottle) of surrealism to them.” 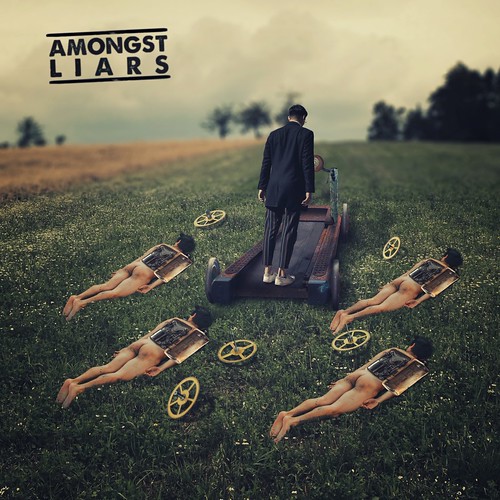 Engelbrecht: “The artwork was created compositing several photographs in Photoshop, blending them together, matching light sources, blending colour and adding shadows. If time allows for it, I like to build my own props where required. For instance, I was considering lighting a giant view master (old school slide watcher thingy) that I built, on fire for this concept. I decided against it as I still have use for it and wasn’t sure if the final result would have been chosen by the band. Once I have matched all the individual components, I add adjustments to the overall piece: brightness, colour grading, toning, contrast, sharpness etc. But in short, it is a composite of several images in Photoshop.”

What were the partnership’s dynamics like? For example, was a specific look given, or did Pierre have full free range?

George: “We always give Pierre total control over the artwork. He usually comes up with three or four amazing pieces of art and we select the one that we feel represents the song the best. We have worked this way for our other singles, so why change a winning formula!”

George: “Pierre is definitely an additional band member. He brings something totally fresh and unique visually to us to complement our sound.”

Did Pierre hear the song beforehand? Or, what kind of input did you give him?

George: “Yes, we send the song to Pierre, alongside a summary of what the song is about and the lyrics.”

George: “When we started the band there was the idea to really be proud of what we create both musically and visually, as both go hand in hand to us, so the artwork and videos definitely are as important as the music and we strive to be as creative and thought-provoking as we can in all aspects. I personally see creating music as way more than just audio.”

When people look at the single covers artwork, what do you want them to see/think?

George: “We want them to think ‘wow, that’s different, unique, thought-provoking and interesting.’ And we would like people to think that about our music as well, which is why we try to take different influences and hopefully make a unique and interesting sound.”

Do you have any favourite music-related visual artists?

George: “Artist wise, Storm Thorgerson who did Pink Floyd’s artwork for sure, and they obviously draw comparisons with the surrealism that we have as well. He was just out of this world and totally tapped into them and enhanced their ‘brand.’ I love all his art from his work with Led Zeppelin to Audioslave and Muse covers… an immensely talented man.

And you can’t not mention Peter Blake, the man who made the Beatles Sgt. Pepper’s cover can you!

Other visual musicians and bands for us are Rage Against the Machine, Smashing Pumpkins, David Bowie, and Nirvana. All had iconic and thought provoking artwork to accompany their music. I also love the Warhol artwork for the Velvet Underground.”

George: “I love going to art galleries and seeing images and paintings on display, but it also is great to have artwork on a screen in front of you. An important thing is to make art accessible to and engage people and it is probably easier in this day and age to do that digitally. Obviously a con with digital is the fact that anyone can rip and print a picture from the internet and put it up on their wall, rather than pay the actual artist for a proper print, but that’s akin to music these days too I guess. You would just live in hope that artists and musicians get both the recognition and a bit of money from it all to be able to eat!”

George: “Iconic t-shirts to me are I guess the Nirvana ‘smile’ and In Utero, Sex Pistols’ Never Mind The Bollocks, The Ramones ‘circle,’ the Rolling Stones tongue and then just the logos alone of Metallica and AC/DC. Guns n’ Roses logo Ts are also iconic.”

Engelbrecht: “I guess I prefer having the creative control, but both ways have their advantages and disadvantages. On the one hand, it is beneficial to have a lot of input from the band to ensure you create their vision. This, however, can lead to limitations within your own vision. On the other hand, one can easily go in a completely different direction than what the band had in mind and the creative freedom can backfire. This is why I like to create a few pieces in the hope that at least one of them would resonate with the band.”

How do you think the art will affect the listener’s perception of your songs?

George: “We would like to think or hope that it would enhance the listening experience, as to us we want the artwork creates some kind of image in a person’s head that resonates and sticks with them.”

Is the art for this single related to any of your previous singles’ cover artwork?

George: “As we said already, we see Pierre as on the same ‘band journey’ as us and part of the band, so have always wanted to work with him and his amazing designs to create artwork that goes hand in hand and takes the listener/viewer on this unique trip which is why there is a tie in of style across all our singles.”

What’s your favourite thing about this artwork?

George: “I personally love the way that the eye balloons pop out the screen at you, but also love the man holding them. And also what Pierre did with the logo as well. Actually I just love it all, to me, it is an incredible piece of art!”

Do you have a favourite cover of all time?

George: “I couldn’t narrow it down to one I’m afraid. It’s between Houses of The Holy, Wish You Were Here, Rage Against The Machine, Nevermind, and Diamond Dogs, all very different but just resonate with me.” 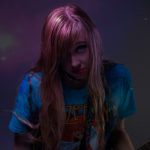 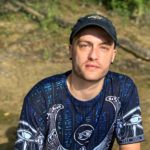