Ah, the wonders of nature… How can you not acknowledge the sheer beauty, calmness, and serenity that surrounds us each and every day? It’s something that we should be more thankful for than we are, and The Native Sibling is reminding us of that today with the debut of their new music video for “Growth.”

The new clip gives us a firsthand look at brother and sister Ryan and Kaylee Williams fully engaging with their surroundings, enjoying the sunlight beaming down upon them, the trees and mountains that tower above their heads, and the clear water rushing down a creek. The peaceful nature of the song runs perfectly with the video’s patient vibe and really helps in conveying the delicate and close connection that Ryan and Kaylee possess with each other.

With some thoughts on the theme of the song and its accompanying beautiful music video, Kaylee said, “‘Growth’ as a song helped us to sonically be a bit more lighthearted, but thematically acknowledges how growth takes engaging with yourself and your environment. Ryan first came up with the idea of floating in the river and using the analogy of waking up and getting out of the current to represent this theme. We are grateful to live in Seattle and have such beautiful scenery at our fingertips and went out to the Cascades with our friend Andrew Shephard to film this video. Ryan and I have also had many different periods where our paths have gotten more tightly knit and then also had more breath. We’ve learned to trust that the space given as we grow as individuals is a benefit once we come back together with renewed appreciation.”

“Growth” is the duo’s first new single since the release of their sophomore full-length, Hammer Is Heart, last year. Their music is characterized by the strength of the siblings’ relationship which lends a certain level of sensitivity and soothing touch to their sound. Melodically and lyrically, they cover a lot of territory, landing somewhere in between the extremes of hope and sorrow. Active as musicians since childhood, it wasn’t until 2011 that Ryan and Kaylee realized that they were better off joining forces, rather than going at it alone. With the trust that they had in each other by virtue of being siblings, they were able to translate that to trust as musicians which helped stir the creative pot in their favour.

Producer Daniel Mendez, known for his work with Heart, Noah Gundersen, and Duran Duran has played a crucial role in The Native Sibling finding their sound, with Mendez serving as producer for both Hammer Is Heart and their 2014 debut Letters Kept To Ourselves. With great candour and integrity, The Native Sibling is happy to help you find some “Growth” in your life with their tender approach to their music. 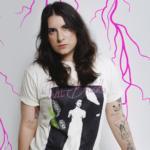 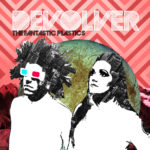